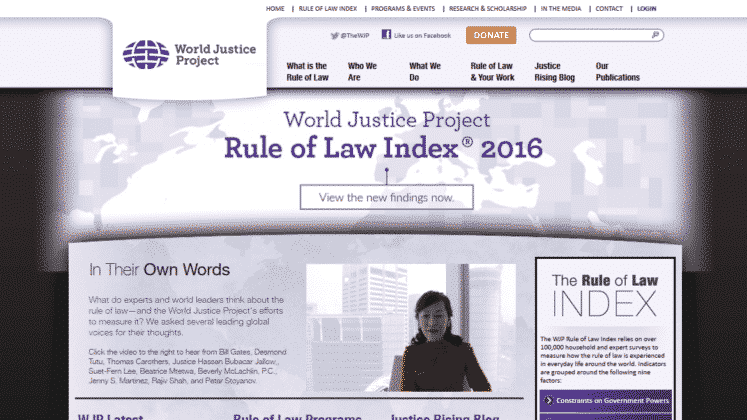 A recent report released by the World Justice Project ranks countries according to their law and order situation.

Suffice to say, Pakistan ranks as the 8th most lawless country worldwide, following 10,000 surveys by households and experts.

The Rule of Law Index 2016 used primary data for their surveys in all of the countries included in it. This means that all of the data was collected first hand and not taken from another source. This adds to the authenticity of this report as well.

The index relies on more than 100,000 surveys by experts and household surveys which checks how the rule of law is experienced in everyday situations. The performance of each country is measured across 8 major categories. These are:

In these categories a score of 1 is the best score while 0 is the worst. All of the countries are ranked between 1 and 0. Here’s how Pakistan measures up:

As you can see Pakistan is globally ranked at 106 which is just 7 places above the worst country in the world in terms of lawlessness.

The top ten countries of the world in terms of law and order are:

Here are the top ten worst countries according to their law and order situation:

For comparison, India ranks at 66th position compared with Pakistan’s 106th. Meanwhile Afghanistan is at the bottom of the scale at 111th position. China ranks 8oth while Bangladesh ranks 103rd. Even Iran ranks a lot better than Afghanistan and Pakistan at 86th position.

Not a Good Situation

This is an alarming situation for us. Pakistan’s economy, its perception in front of the western countries and generally the whole world is overwhelmingly negative. Interestingly, the survey reveals that economy may not be as directly related to the crime situation in a country.

This is evidenced by China (rank 80) which is one of the biggest economies in the world, however it ranks below India (rank 66) in the Rule of Law Index.