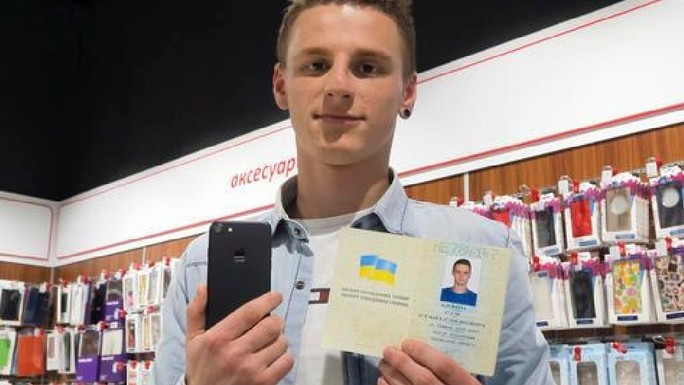 This is borderline ridiculous to say the least. How far can you go to get something you want? Especially if said thing will get an update next year and the years after that? Is it worth your name? You will be asking the same questions once you reach the end of this article.

I’m sure there are Apple fans in Pakistan as well who will go that far to get an iPhone 7. Not having money is another reason why one can do something like this.

Looking at iPhone Sim’s decision to do this from a financial perspective, it was a wise decision. An iPhone 7 costs around US $850 in Ukraine while changing your name costs a mere US $2. You could just change your name to iPhone 7 and then change it back after winning the contest (if it is allowed in the country).

iPhone’s (we mean the person, not the phone) friends and family were taken aback by his decision at first. iPhone’s sister, Tetyana Panina said,

It was difficult to accept that and hard to believe it’s true. Each person in this world is looking for a way to express himself. Why not to do that in this way?

This shows how accepting the west can be of your tendencies, even if they are insane. As for iPhone Sim, he says that he does not wish his children to have his name and will thus change his name back to what it originally was (Olexander Turin) once he marries or gets children in the future.

For now he will live with his new name for days to come.