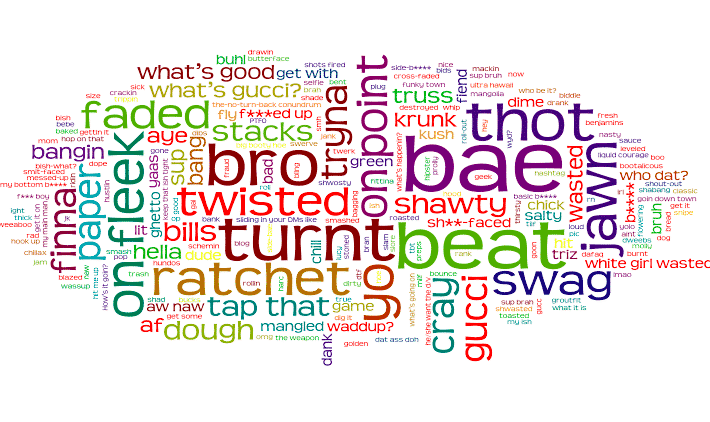 Every year new trends & events bring with them certain new terms and words in our daily use. Sometimes even internet slang makes its way into the English vocabulary.

Lets take an example of such net slang. Being “salty” is one such word. Normally it means something contains a lot of salt in it. The slang version of being salty means to be angry or agitated at something.

For 2016, there were a lot of words that made their way into the vocabulary. The Oxford dictionary for instance, is updated 4 times a year in March, June, September and December. The update in September alone added 500 new words.

We take a look at the 10 most popular and new words that have made it to our daily usage in 2016 and also in dictionaries (Collins Dictionary in this case):

No doubt one of the most popular words thrown around this year. The word itself indicates Britain leaving or “exiting” the European Union. Collins’ head of language content, Helen Newstead said,

Brexit is arguably politics’ most important contribution to the English language in over 40 years, since Watergate scandal gave commentators and comedians the suffix “-gate” to make any incident or scandal infinitely more compelling.

The usage of the word was recorded as early as in 2013 although it did not become popular until this year. It’s usage skyrocketed to 3400% compared with last year.

This word originates from Denmark. The meaning of the word points to a concept of creating a cozy atmosphere that promotes well being.

This might sound obvious. Mic drop is a theatrical gesture which is done following a great speech or performance, by throwing the mic you’re holding to the ground. It is often used on the internet after a comment or a “burn”.

This word is also pretty much self explanatory. The word is derived from the US presidential nominee and politician, Donald Trump. It has two different meanings:

This is not the first time a politician’s name has been used in a word to describe their policies. “Reaganomics” or “Thatcherism” are examples of words made after the names of US president Ronald Reagan and UK Prime Minister Margaret Thatcher.

Throwing shade on someone means to disrespect or trash talk someone. Publicly dissing or showing contempt for someone can also be referred to as throwing a shade on someone. It usually implies the shade thrower as the bad person.

Derived from “sharing” and “parenting”, sharenting means to regularly use social media to share news, pictures, etc of your children online. I’m sure some of you may have seen this themselves, and now you have a word for it.

The snowflake generation is used to refer to the young adults of the current decade. This is because they are perceived as being less resilient and more touchy generally. They take offense to things very easily compared to the generation before them.

Junk food can be called dude food as well. Junk food as in non-healthy high calorie food like burgers, fries and colas.

An abbreviation short for Joy Of Missing Out. People often say that not doing this or not trying that will mean you’re missing out on the fun of it. JOMO is the opposite of what normally people think and means that the person is still having fun without worrying about missing the fun by not doing/trying new things.

A business model which follows Uber’s (the on-demand ride sharing service) business model. It involves an on demand service through direct contact between the business that is offering the service and the customer. This is usually done via mobile technology.