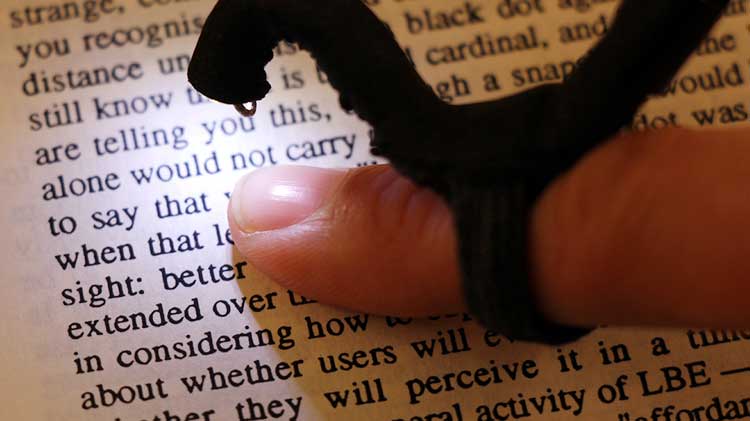 Reading is one of the primary ways to attain knowledge about something. Unfortunately, reading is limited to people who aren’t visually impaired. The blind person can also read but require braille texts in order to do so.

To solve the above issues for blind people who lack reading materials, a group of scientists in Maryland came up with an invention.

Jon Froehlich of the University of Maryland developed a solution to this problem with his colleagues. Called Handsight, it is a tiny camera originally used for endoscopies (1 mm wide) that attaches to your finger. The camera is pointed slightly ahead of your fingertip while the rest of it attaches to your wrist. 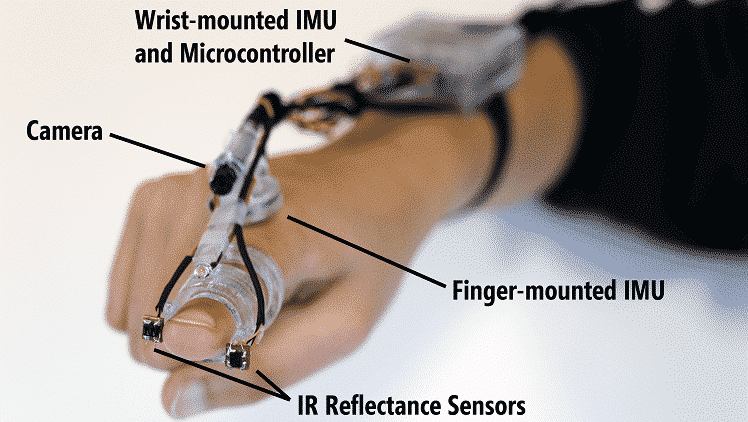 As the reader follows a line of text through their finger, vibrations or audio cues help them follow the lines. For example the voice reading out the text would get lower, the further away you are from the text or vibrations would nudge their fingers in the right direction.

A study was conducted using Handsight in October in which 19 people participated. They each spent about two hours reading various passages of text, from magazines, newspapers to school books. They were able to read at a speed of around 63-81 words per minute and rarely missed words. 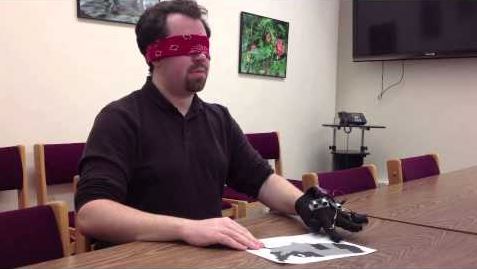 Average reading speed for braille is 90-115 words per minute. A person who can see can read at 200 words minute on average.

While some of the testers were enthusiastic about the new technology, others preferred braille over it.

The makers of Handsight will also try to make a smartwatch-like device in the future. The device would let them read text while also letting them identify colors or patterns.