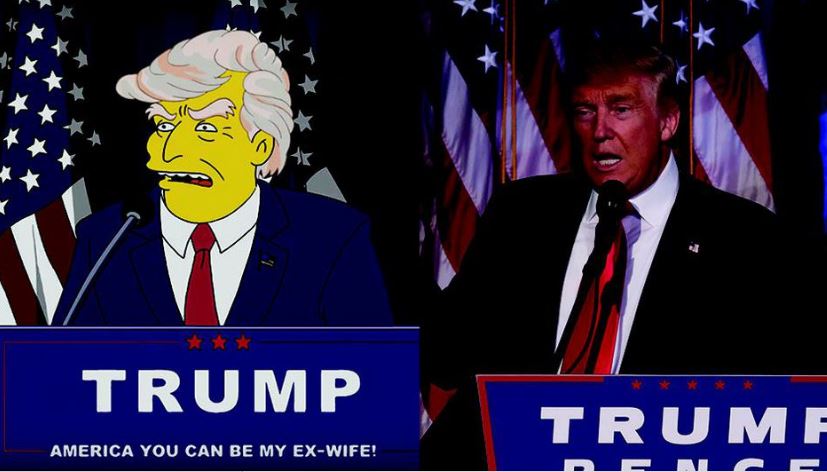 Seen those tweets or screenshots showing how The Simpsons predicted Donald Trump becoming the president in 2000? Don’t believe them! They are not from 2000, as the screenshots may have led you to believe.

In fact, that show aired after Trump announced to run for the presidency — not fifteen years before it.

A lot of us may believe in the existence of an ‘all-powerful’ group controlling the workings of the world, but that doesn’t really mean every major catastrophe can be predicted by an animated comedy series— even if it is notoriously thought to have predicted 9/11.

The picture attached below, which have been recently circulating on social media, show Donald Trump in an eerily similar pose as an episode of the Simpsons. The original tweet claimed it was from a 2000 episode “Bart to the Future”, but it is not.

The show DID show a post-Trump-as-president world in that episode (more on that later), but not this! 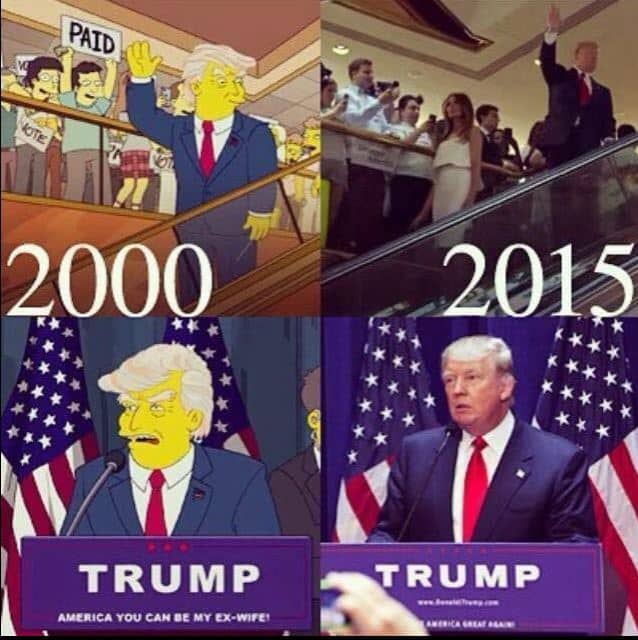 The picture is from another episode of The Simpsons called the “Trumptastic Voyage” which aired after Trump announced his presidency. Donald Trump announced his candidacy on 16th of June, 2015, and that episode aired in July. However creepily similar the both pictures may be, it is still not as big a ‘prediction’ as originally thought.

And the picture of the map, which also looked a pinpoint prediction of Trump’s win, is not exactly true either. That picture is from a 2012 cartoon video of Mr.Burns endorsing Mitt Romney, not Donald Trump. 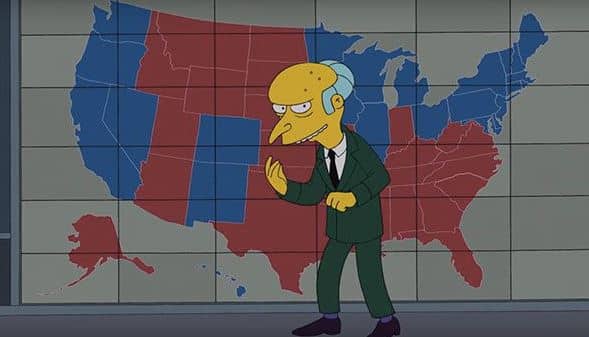 Now comes the chilling part. The Simpsons did, however, predict Donald Trump as president in the “Bart to the Future” episode, but he wasn’t shown. The episode, which aired in March of 2000, showed Lisa Simpson (a character on the show) set to become the U.S. president and repair a nation after a disastrous presidency left by the predecessor who, you guessed it, was Trump.

The writer of the show, Dan Greaney, says the episode was aimed as a “warning to America”.

In the wake of a shocking win, all of us around the world are looking for some reason that could explain how such a man could become one of the most powerful leaders in the world. However, we must take not lose hold of our senses and start to blindly believe in any supposed-fact (or meme) that we lay our eyes on. That’s exactly how Donald J.Trump managed to win over so many votes.