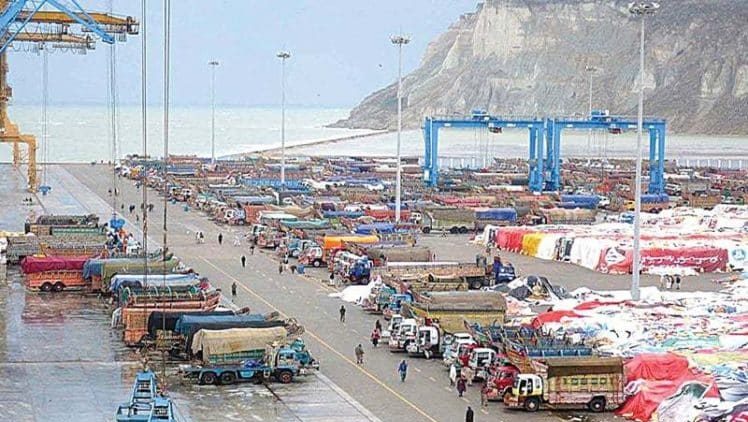 It looks like other countries are also keen on participating in CPEC. Russia has officially requested Pakistan to allow it access to Gwadar port, which has been granted by the government.

Russia also wants to build strategic defense ties with Pakistan aside from participating in CPEC and having access to the Gwadar port.

This new development in the relations between Russia and Pakistan has come at a crucial time, as our country gets set for a new era of prosperity and progress. It should be mentioned that the heads of the intelligence agencies of both countries had a meeting in Islamabad in this regard as well.

Alexander Bortnikov, chief of Russian Intelligence Federal Security Services and former chief of KGB, came to visit Islamabad after 14 years. During his visit he met with top defense and intelligence officials. He also had a meeting with ISI chief Lt Gen Rizwan Akhtar.

During these meetings Russia’s request to become a part of CPEC and having access to a warm water port, particularly Gwadar, was accepted. Formal agreements between the two countries will be signed in the upcoming months.

No specific time frame was reported for the same to date.

Earlier Turkemanistan and Iran also expressed their interest in using the Gwadar port for exporting gas. These two countries, in addition to China and Russia, would make Gwadar an international trade and energy corridor in the Asian region.

Pakistan will charge transit fee for the transport of gas from the pipelines coming from both Turkemanistan and Iran.

Similarly if Russia is given access to Gwadar, a similar fee will also be charged from the country depending on the type of goods they transport through the port.

It would be a win win situation for all the stakeholders especially Turkmenistan and Russia. Turkmenistan stands to benefit given its landlocked territory and  Russia benefits by having access to a strategically positioned warm water port for enhanced trade.