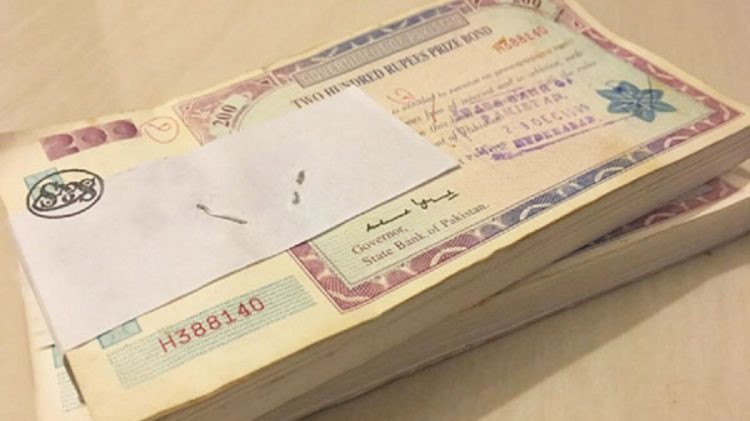 According to a report issued by the State Bank of Pakistan (SBP), the use of large denomination prize bonds has increased dramatically for the purpose of preventing deduction of withholding tax on non-cash banking transactions and to avoid declaring the undocumented income.

Details of the Report

Following the information in the report, investment in Rs. 40,000 and Rs. 25,000 has increased by 60% and 80% respectively, in comparison with the last financial year, after the imposition of withholding tax. 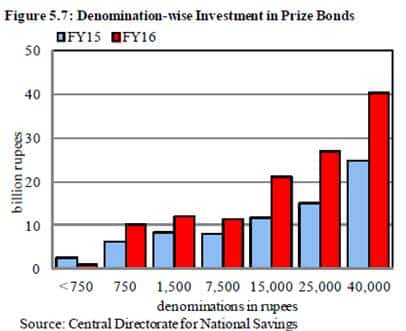 The Effect of Increasing Withholding Tax

The Government imposed a withholding tax of 0.6% on all transactions in the years 2015/2016 for non-income tax return filers. The rate before that used to be 0.4%.

The effect of increasing withholding tax was that the inflow of prize bonds increased greatly during the financial years of 2015/2016 as mentioned earlier.

The SBP states that “Anecdotal evidence suggests that businesses have been using these instruments to settle their transactions instead of using banking instruments like demand drafts, cheques etc. This is the major reason why the increase was more pronounced for larger denomination bonds, including Rs. 40,000 and Rs. 25,000 bonds”

They further added that due to this, higher investments in prize bonds have come at the expense of bank deposit growth.