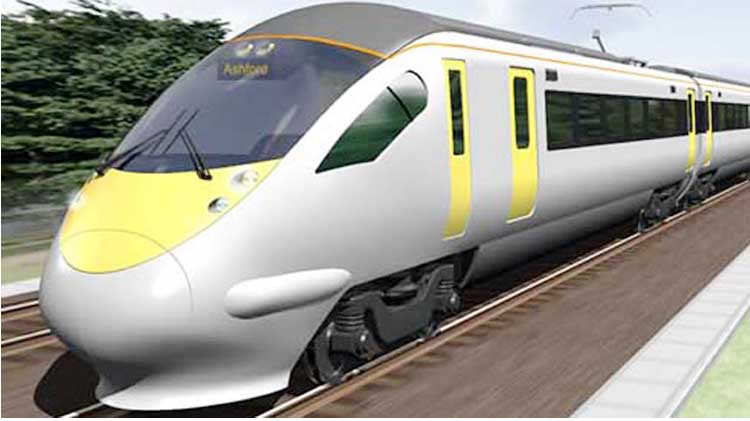 Contrary to the promises made by the ruling party, bullet trains will not be heading our way, according to the Minister of Railways.

Khawaja Saad Rafique said that we cannot afford bullet trains. He said that the even if they do somehow manage to launch bullet trains, there is no market for it among the upper and middle class.

When we asked the Chinese about it, they laughed at us. We should consider the 160 kmph train under CPEC as a bullet train. We can’t afford an actual bullet train, there’s no market for it.

In his speech in the National Assembly he briefed the members about his performance since taking charge as the Railway Minister. He offered justifications about how he was doing everything he can to clean up the railway department and to turn the losses into profits.

Aside from KPK which ceded 90 percent of its land for Pakistan Railways (PR), none of the other provinces’ chief ministers agreed to hand over the land to PR.

Detailing his negotiations with Chinese officials on the CPEC railway projects he said that things aren’t going as smoothly as it seems.

Our Chinese friends have expressed their displeasure, but we’ve made it clear that we have the discretion. They should limit themselves to the Karachi-Lahore track, and we will dualise the [up-country] tracks with the ADB.

It should be mentioned that the Asian Development Bank was originally funding the dualisation of the Lahore-Peshawar railway track.

The minister went on to detail the problems that PR was suffering from. Problems which he blamed to be caused by his predecessor Ghulam Ahmed Bilour.

He detailed the problems which included sub-standard food served in the trains and removal of original parts from carriages to fix broken ones. He also stressed upon the importance of automating the repair of trains which would reduce the human error caused by manual repair and the deaths caused by it.