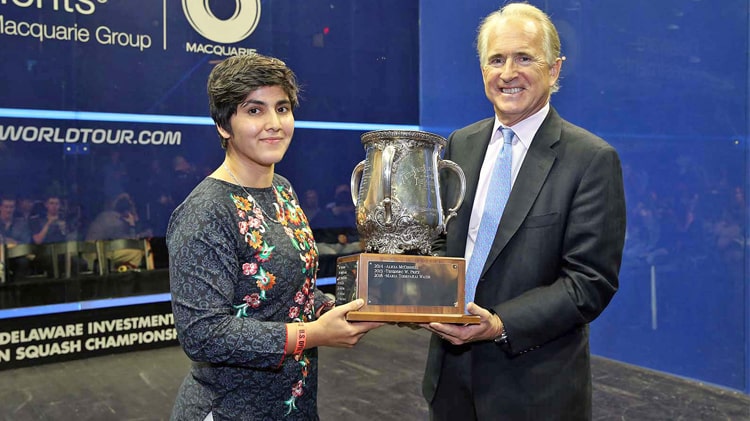 Did you know that Maria Toorpakia Wazir, a Pakistani girl, is ranked 56th among the best female squash players of the world?

And thats not the most remarkable thing – she had to face some huge challenges along the way – to become what she is today.

In fact, to evade religious extremists (Taliban) who frequented her area, she used to play squash dressed as a boy, calling herself Genghis Khan as she honed her sports skills.

The Story of Maria Toorpakia Wazir

Maria grew up in Waziristan, which was once considered as the home to the Taliban. Her hometown is not welcoming of women expressing themselves outside the houses. Extremists living there regularly denounce women playing sports as un-Islamic.

“I could feel that girls are not equally treated as boys. They are enslaved.”

Maria did not have an ordinary childhood. Her narrative was that women can achieve great things as well, if given the opportunity. She took that narrative to heart, and achieved what she always wanted by playing squash and getting ranked worldwide.

At the age of 4, she burned all her girly clothes and cut her hair to fit in with her brothers. That was the day, when Maria’s father gave her the nickname of Changez Khan aka Genghis Khan, one of the greatest warriors to have ever lived.

Maria was enrolled in a local gym under the identity of a boy, by her father, who also supported his daughter’s ambitions. She would train there and ultimately get ready for the next step.

Maria in action at the gym, disguised as a boy.

To defy all the odds, Toorpakai’s father played a prominent role. Shamsul Qayyum Wazir is a tribal leader who belongs to a prominent political family in their hometown.

“My father is really progressive,” Toorpakai says. “He raised my brothers and us equally, as sons and daughters come from the same womb.

He educated my mum, supported my sister to become the prominent Pakistani politician she is today and helped me to become a professional squash player.”

How She Prepared for Squash

Early in her career, when she was still disguised as a boy, she focused on weightlifting. At the age of 12, she was ranked number 2 in all of Pakistan for weightlifting in the junior division.

Not long after that she discovered her passion for squash. She went on to take an admission in a academy, based in Peshawar. The academy required a birth certificate for the enrollment process, where her true identity was revealed.

Maria claims that she was fortunate because the director of the academy also shared the same values as her father. He proceeded to hand her the squash racket.

Things started changing drastically for Maria after her identity was revealed to the world. She claimed in an interview with the local press that she did not feel respected in the academy and in her hometown.

What followed was inevitable; death threats from Taliban. She had no option left but to quit the academy and confine herself to her home. For years she hit the ball against the walls in her house and remained hopeful.

You would fail 99 times but victory comes inventually. Those who never tried or gave up, have never lived. Life is struggle.

Meanwhile, she sent thousands of e-mails to various journalists, players and other people to help her escape Pakistan.

Her prayers were finally answered one day when the former number 1, Jonathan Power, returned her e-mail. He offered Maria a way out; to come and join him in Toronto and train with him. 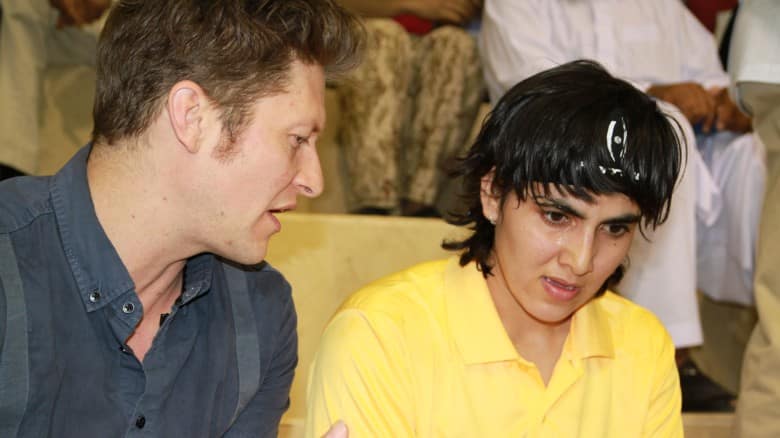 Jonathan Power training Maria at a tournament in Pakistan, 2013.

Without having a shred of a doubt in her mind, Maria decided to leave Pakistan and has ever since been living in Canada in order to peruse her dreams.

Maria’s father claims that he is delighted for his daughter and hopes that she becomes a role model for the young girls in the Muslim community. He said that he hopes that the moderate face of the tribal people is also promoted alongside, which guarded Maria’s dream when all was lost.

“Given the opportunity, there could be thousand Maria’s.”