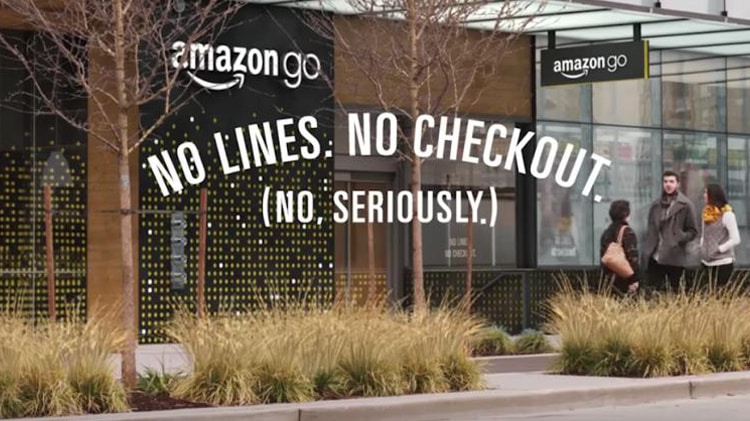 Would it not be amazing to simply walk into a store, pick up the things you need and just leave? No, we are not talking about stealing!

We are talking about a new service called Amazon Go, that allows you to do exactly that.

The online ecommerce giant has launched Amazon Go, which is a brick-and-mortar store. It allows the customers to walk out of the stores without wasting times in queues and instead have the items automatically billed to their Amazon accounts.

Using the Amazon Go application, the customers can enter the store to initiate their shopping session. Anything the customer picks up during the time period is added to the cart.

The application itself assesses what products have been picked up by the customer, rather than the customer manually entering the product ID or scanning it.

Amazon have named this technology as “Just Walk Out” technology. It is a combination of sensor fusion, computer vision, and deep learning algorithm to allow the store to track the items you pick up and walk out with.

Here’s how it all works:

“It automatically detects when products are taken from or returned to the shelves and keeps track of them in a virtual cart. When you’re done shopping, you can just leave the store. Shortly after, we’ll charge your Amazon account and send you a receipt.”

Is It Open For Everyone Now?

According to an Amazon staff member, the store at 2131 Seventh Avenue, on the corner of Seventh Avenue and Blanchard Street in downtown Seattle is currently only available to Amazon employees while it’s being tested, but will open to the public in early 2017.

No further information regarding expansion in other countries or continents has been made available either.

Dr. Pedro Domingos, a University of Washington professor of computer science and engineering, assessed the Amazon Go technology and his remarks may leave you looking over your shoulder.

According to Pedro, the system deployed inside the Amazon Go is constantly learning what the people are buying. It does this by watching them through cameras and following them round the store.

He said that machine learning has crossed all boundaries and the hardware on these stores can learn very rapidly now.

“They can learn all sorts of things,” Domingos said. “Her facial expressions as she’s looking at the shelves, right?  There’s computer vision, machine-learning algorithms that can understand what emotions you’re feeling from your facial expressions. They’ll actually be able to look at her and like, what she’s thinking when she’s looking at one of the cupcakes. You know, does she scrunch up her face?”

He also added that through this system, shoplifting is impossible as the customers have to be identified via the application upon their arrival in the store.

For more information, you can check out the Amazon Go website.