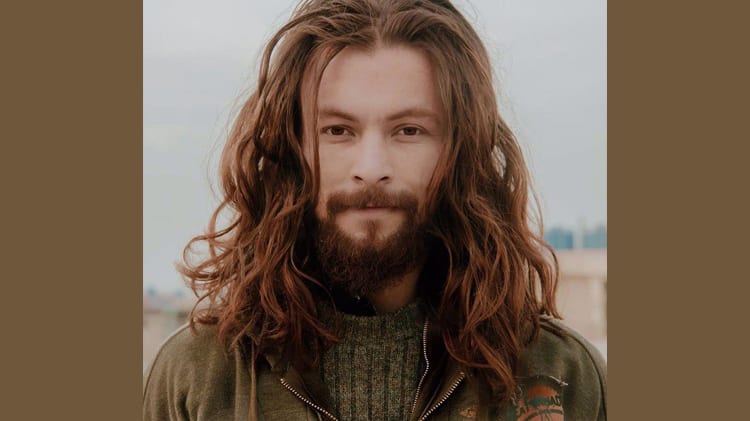 We are often faced with the dilemma as to what are we doing to help and improve the reputation of this country. More often than not, we come up short.

However, this is not the situation in Fayeem Avzl’s case, the son of an ambulance driver and a film maker in his own right.

He has won accolades for his film-making in Bulgaria.

The journey for Fayeem has not been easy, as you would expect. He started studying Music at the National College of Arts (NCA) Lahore. A year later, he wanted to switch his department to film-making but the management refused.

Instead of suppressing his dreams, he made the bold decision and opted to drop out. He then enrolled in School of Creative Arts, UOL, from where he eventually went on to graduate in the film-making field.

Working with his juniors, Fayeem gave birth to the film which would see himself become a rising star in the local community.

Fayeem Avzl has managed to secure two awards for his short film called Supun Xik – The Last of the Wakhi Shepherdess. The awards were presented by the Early Bird Film Festival, the very film which knocked 6 film festivals across the world.

“I received the Early Bird Film Festival Bulgaria two months ago and I also got an award in Russia two days ago.”

If that wasn’t enough Fayeem also added that his work will be honored in Bulgaria apart from him getting the awards that is. To support his efforts, Fayeem revealed that:

“In Bulgaria, I will get a sculpture made out by a top artist, in honor of my short film. They have also promised me funding for my next film alongside the diploma I will receive.” 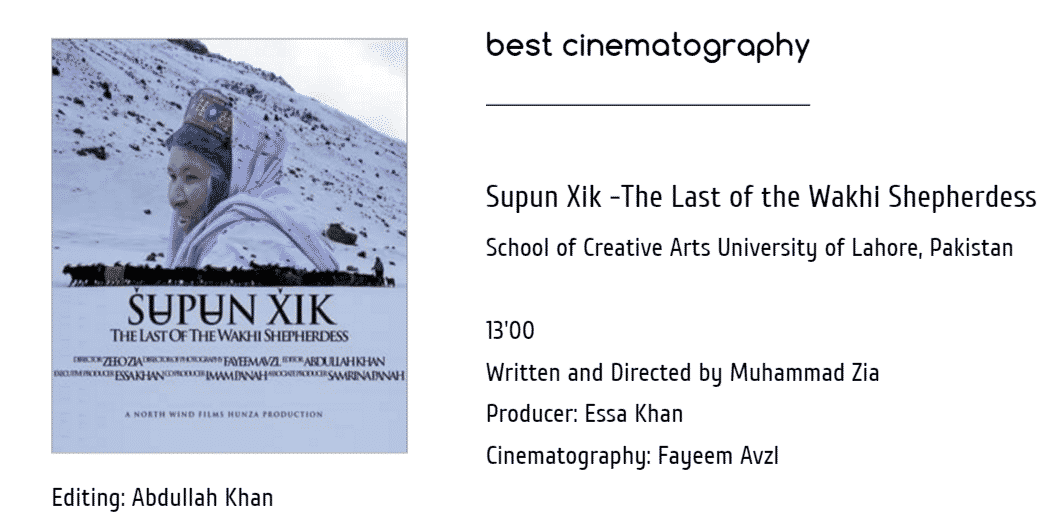 The short films were sent online to the festivals by Zeeo Zia, the director of the film, according to Fayeem.

The documentary is about a courageous and determined shepherdess who deserts her home to live in the pasture with her livestock. She confronts a harsh environment and social challenges, all to keep the century old tradition of shepherding alive.

You can view the trailer of Supun Xik below.