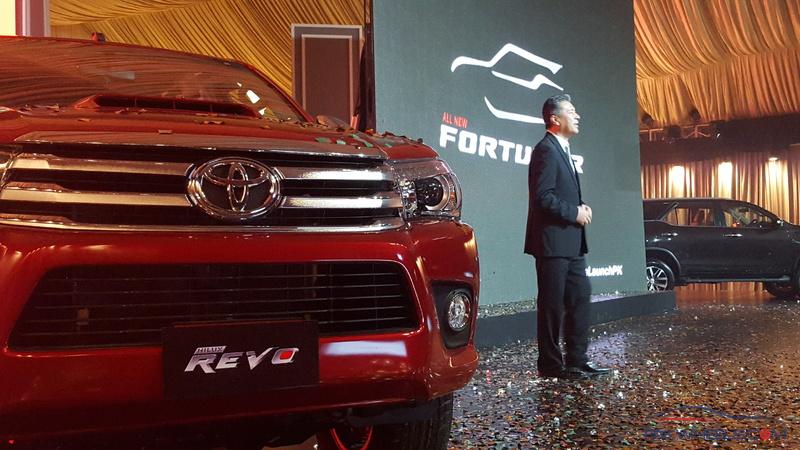 Hilux and Fortuner have been developed with robust, all terrain capability with comfort and stress free driving experience like that of a car. The bigger tougher Hilux started from a new frame, an improved engine, new six speed transmission and a longer leaf suspension that offers more efficiency with stress free and comfortable drive.

IMC Chief Operating Officer Ali Asghar Jamali said that Pakistan was one of the fastest growing economies in the region and that was a good implication for the auto industry. “If the present optimism persists, we foresee the market touching 350,000 units of demand by 2025, and if new entrants step in the demand may go up to 500,000 units,” he said.

“Toyota in Pakistan has a market share of 28 percent and it was worth pointing out that Pakistan has been the highest Corolla selling nation in Asia Pacific region for six times.”

While Speaking on IMC’s localisation efforts, he said, “With continuous localisation, we not only save valuable foreign exchange for the country but also were able to offer our vehicles at much competitive prices. It is interesting to note that our cars, adjusted for dollar appreciation, cost less today than they did back in 1993.”

The booking of Hilux Revo, Hilux range of double cabin and single cabin pickups began from December 6 and selected dealerships would also offer test drive facility of the Hilux Revo.