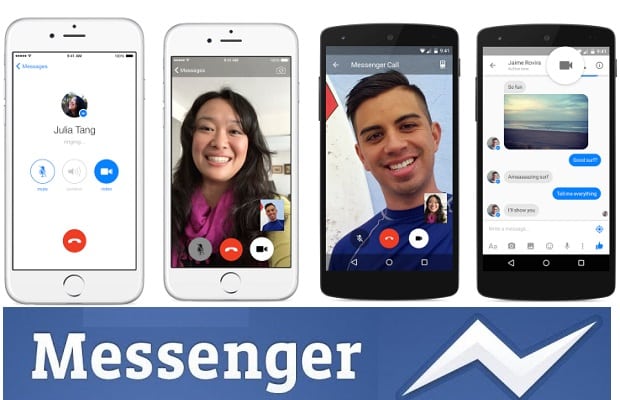 Hangouts, Skype and others are about to get some serious competition now. Facebook Messenger has launched its own split-screen group video chat feature, allowing for multi-video chats in one session.

The group chat can be used by six different people at the same time while 50 people in total can listen to the audio and send texts, stickers, emojis, and GIFs. You can also use filters like those Snapchat-style selfie masks during your video chat.

This feature is going to make the Facebook Messenger much more resourceful as it won’t be just a text messenger anymore and would be the perfect way for a group of friends to connect with each other live. Facebook itself calls it “perfect for those spontaneous moments where text just isn’t enough”.

The group video chat feature rolled out worldwide on iOS, Android, and web, today, though Android will have to wait for the MSQRD-powered selfie masks. The filter feature might not ever come to desktop.

Facebook Messenger got one-on-one video calling feature back in April 2015, and since then, everyone has been anticipating the addition of the group video call feature. With over 245 million people using video calling regularly, it’s safe to say the feature will be a hit.

Facebook had already beaten other messengers like FaceTime/iMessage, Google Duo, Snapchat and others when it came to video calling. WeChat added the feature an year ago.

If you want to use the group video calling feature, you can select friends or a group text thread to invite to a video call.

Six people in total will be able to use the video calling feature at the same time. The Messenger screen will switch to a gallery format, and whoever is speaking will take up the big bulk at the top of the screen while the rest of the 5 will have little thumbnails for each one at the bottom of the screen, quite like Hangouts.

Up to 50 other people can join the call, but they won’t appear in the video gallery and will only be able to listen to the on-going call.