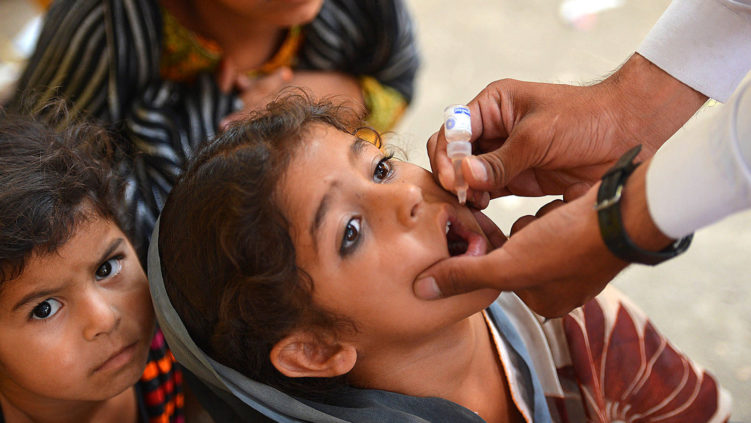 Consider a scenario where instead of taking your classes at the school, your teacher asks you to go clean his/her car or to go buy them a bag of chips. Hard to imagine isn’t it?

Something similar happened in Sadiqabad, Rahim Yar Khan, where students from a government school were told to administer polio drops in their district. They were told to go to bus stations and railway stations to do this.

The students were in their uniforms and were told to do this during the school time. The practice itself is unethical and the repercussions of having children do this is even worse.

Students are not capable of administering such an important task. If teachers in an area are tasked to this, they should complete the task themselves.

Not to mention the difficulties faced by polio workers who are just doing their job. Sometimes they are attacked while on duty. That kind of occupational hazard is not something you involve children with. Child labor itself is illegal in Pakistan.

Polio is a disease that was officially declared extinct back in 2015 (type 2 and type 3). According to UN, Pakistan and Afghanistan are the only two countries where polio cases still remain, with Nigeria officially becoming polio-free recently.

Type 2 and 3 of Polio have been successfully eliminated but type 1 continues to thrive in our country. The polio eradication efforts by the government have been facing problems in FATA and KPK where access is limited and the threat of terrorist attacks on polio teams looms large.

According to an estimate, over 600,000 children in FATA do not have access to polio vaccinations.

Progress is being made on this front with the number of reported cases of polio dropping down to 15 only in 2016. Pakistan will be declared polio free if no cases are reported for at least one year.