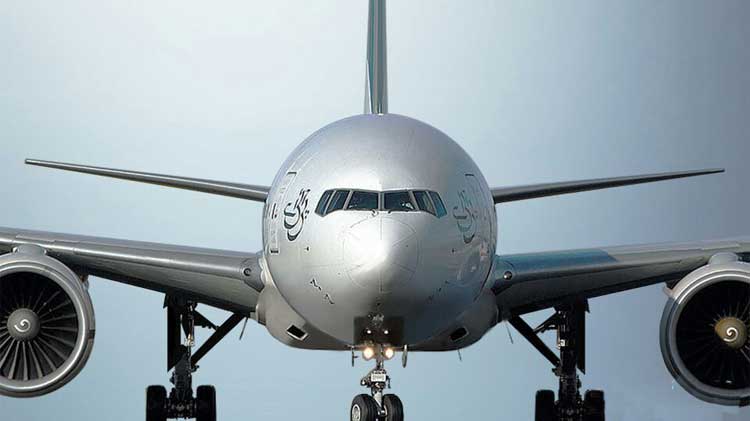 This past Friday Pakistan International Airline (PIA) had to divert some of its flights due to fog at Karachi airport.

The airline has every right to divert the aircraft if the conditions are deemed unfavorable, and also for safety reasons. Having said that, in such a situation, the responsibility to look after the passengers also falls on the shoulders of the airline. However, this is something that is conveniently overlooked by the PIA staff.

Case in point, there were two flights scheduled from Dubai to Karachi early in the morning on Friday, December 23rd, 2016.

Lets see how both the flights operated:

Now here’s what happened to both the flights:

Below is Flight PK214’s timeline:

Flight Path for PK214 from Dubai to Muscat (Source: FlightRadar24)

Flight path for PK214 from Muscat to Karachi (Source: FlightRadar24)

Flight Path of EK604 from Dubai to Karachi on the same Foggy Morning:

We understand that the PIA flight was an Airbus 320 while Emirates flight was a Boeing 777, with both the aircraft bearing different kind of landing capabilities, especially considering the foggy weather on that day. But PIA’s PK307 (from Lahore to Karachi on the same day) was a Boeing 777 (same as EK604) and it was diverted to Muscat as well.

Let’s Not Challenge the Decision of Diverting Flights to Muscat

But let’s not question the diversion of flights since it’s a pilot’s real time decision and we are in no position to challenge it. But what happens after a diversion take place, that is something that passenger have every right to analyze, especially when it does not paint PIA in a good picture.

ProPakistani was contacted by a few PK214 passenger who suffered terribly on that day.

Here are the following details provided by them, who were flying to Karachi on PIA Flight PK214.

What Happened After Diversion to Muscat was a Mess

The passengers became weary and irritated and started to inquire about the whereabouts of the plane but no staff member had any idea, Khurram, a passenger on that same flight told us.

The hard part seemed to be over as the aircraft finally arrived and took off from the Dubai airport. It left the airport at what was supposed to be the landing time of the aircraft, but it was just the beginning of the passengers’ ordeal.

On its course to land in Karachi, the pilot was instructed to redirect the flight to Muscat.

Khurram remembers thinking how the announcement came out of nowhere:

“We were still recovering from the delay caused at the airport and there was a sudden announcement that the aircraft was to be redirected to Muscat. At that time, no further information was provided to the passengers.”

The Karachi-bound flight landed at Muscat airport at around 6:30, two hours past its scheduled landing time at Karachi.

The passengers obliged as they thought that the stay was assumed to be short and a mere blip. But the seconds turned to minutes and minutes turned to hours.

In shirt, Flight PK214 remained at the Muscat Airport for 6 hours, with all the passengers trapped inside.

“The seats were rock solid and extremely uncomfortable to begin with and we had to sit in those seats for 6 hours.

I was feeling cold, so I went up to the flight attendant who was sitting rather than helping the passengers on board. I asked for a quilt and her response baffled me.

“You can pick it up yourself [pointing towards the bag of quilts].”

Looking past the atrocious behavior, Khurram said that he decided to open the bag and take the quilt back to his seat.

“When I opened the quilt to cover myself, they reeked of a pungent and unpleasant smell. I had to set it aside as the stingy smell was so much.”

In the 6 hours stay, apart from “water and cold drinks”, there was no food offered to the passengers. Women and children who were also a part of this incident, had to suffer a lot as a result.

Passengers were instructed to get back in their seats if anyone got up to stretch their legs, he added.

At around 10:30AM (Muscat Time), the pilots were given clearance to take off from the Muscat Airport. The 6 hours stay, packed with sheer irritation and discomfort was finally coming to an end.

But, if you can believe, almost an hour after the clearance had been given, the plane was still at Muscat Airport.

“They informed the passengers that clearance has been given but an hour later, another announcement was made:

We are still waiting for important documents and security clearance.”

“Somehow, after my worst ever air travel experience, we departed from Muscat and landed at Karachi Airport after a delay of 9 hours”, recalled Khurram, a passenger on the flight.

He said that he was okay with delays due to fogs, but argued that PIA could manage situations better by extending some sort of comfort while passengers were stranded at the Dubai airport.

He also questioned why their flight took off in the first place since there was fog in Karachi and a Lahore-Karachi flight had been diverted to Muscat before they even took off.

And lastly, if they were to divert to Muscat, and if they had to be in flight for over six hours, flight attendants could do a lot more better than how they performed on the day.