Emergency services in Pakistan, particularly Punjab are synonymous with “Rescue 1122”.

People in Punjab have relied on the service when either man-made disasters or natural calamities or any other emergency situation develops in the province.

In order to serve its citizens better, the 1122 Rescue service has now introduced motorbikes, which will be joining their fleet of mobile emergency units. 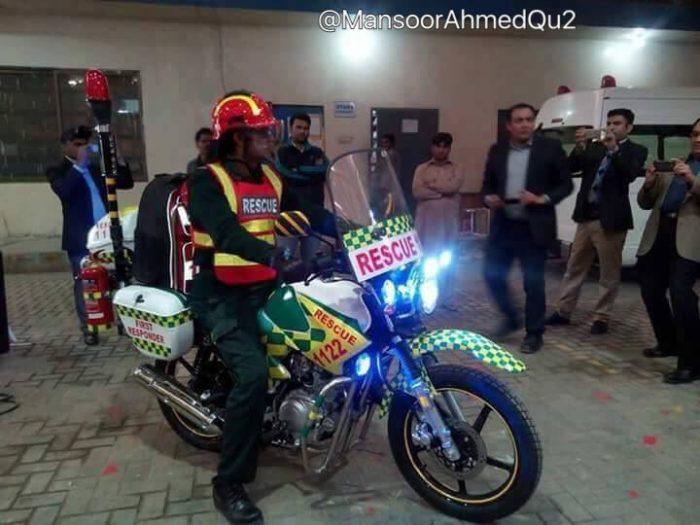 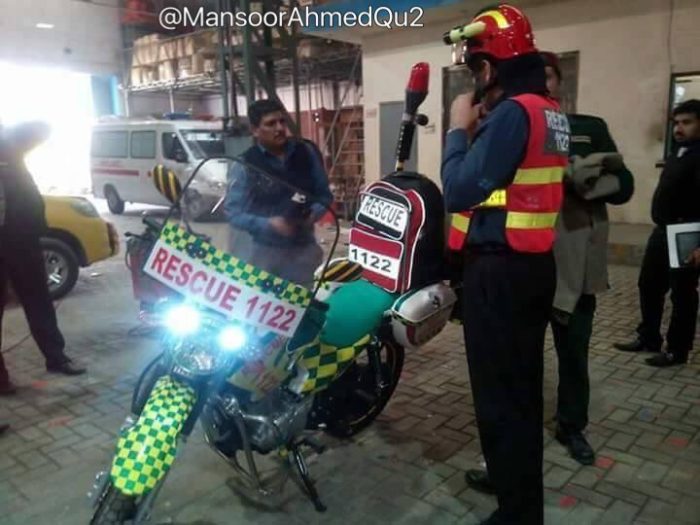 They will be able to get to the affected party sooner in crowded cities like in Lahore, Faisalabad and more. Some areas are inaccessible via rescue vans and thus motorcycles will be the go-to choice for sending rescue parties to these regions.

Moreover the motorcycle service will also allow the rescue workers to save on resources through the bikes. They will use less fuel when getting to the affected area. Judging by priority levels and emergency cases, going via motorcycle can also prove to be the preferable choice rather than mobilizing a van with emergency kit which will be using more time and resources to get there.

Earlier this month, Rescue Mohafiz program was launched by the Rescue 1122 deparment. The program will have them establish Community Emergency Response Teams in various cities across Punjab.

These teams will mobilize faster in response to time sensitive emergencies and will enhance emergency preparedness, response and prevention for healthy, safe and prosperous communities in all union councils of Punjab.

The Rescue Mohafiz program was launched in accordance to the Punjab Emergency Service Act 2006.