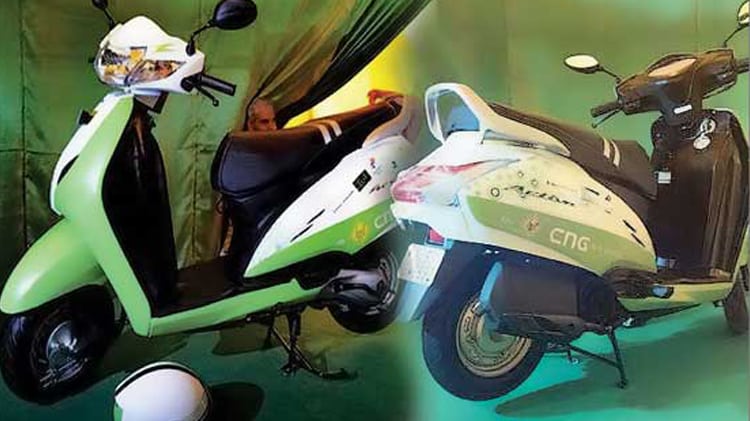 Imagine a Pakistan where fuel cost is no longer an issue for the common people. Especially those who prefer motorcycles given their limited household budgets.

The introduction of compressed natural gas (CNG) in Pakistan led to a slew of cars and other 3 and 4-wheelers to convert their engines to a CNG one. This was because CNG was cheaper than the other fuels available, making it a rather enticing alternative for most.

One thing that wasn’t done in the era following the introduction of CNG was the conversion of motorbikes which could leverage this fuel source and make lives easier for many low to middle class households. Until now, that is.

To address the increasing problem of rising fuel costs, India has developed a new motorbike which runs on CNG.

The company has also provided its running costs in paisas, giving you an idea about how economical it can prove to be for the average Pakistani household here.

Lets take a look at numbers now. The bike has the potential to minimize the fuel cost as it covers one kilometer in just 43 paisas. It is equipped with 2 cylinders where each cylinder is capable of carrying 1.2 kilograms of CNG.

The mileage count per kilogram is extremely impressive as well. The CNG bike can cover up to 130 kilometers per kilogram of CNG. At current prices, that would mean an incredible 250 km on just 100 rupees spent.

The operating cost of CNG bikes (per kilometer) would be between Rs. 0.40-0.44 compared to 1 to 1.3 rupees per km for petrol, which is a massive difference. CNG users could save more than 50% in fuel costs.

Speaking about the design, it resembles a scooter. The buffed body look has been given to cover the cylinders on the sides of the bike. 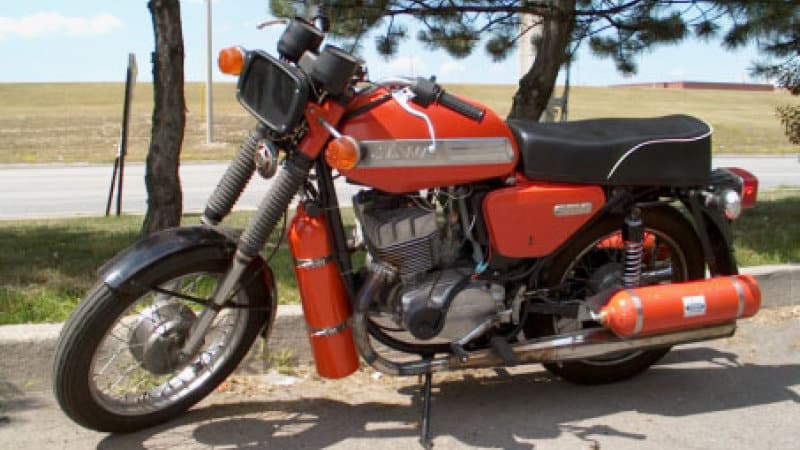 India is not the first country to introduce the CNG bikes. Egypt and Latin America have already been using these bikes and
the manufacturing companies have seen great success.

It is hoped that these motorbikes will hit the Pakistani market soon, and spark a change in the industry. CNG is considered safer CO2 emissions-wise and can contribute to lowering pollution levels by motor vehicles.

There is however the issue of whether Pakistan is well-equipped for the entry of these new CNG bikes in the market. Most of our readers remember a time when CNG pumps had long queues (and continue to do so) owing to the limited availability of CNG fuel in certain parts of the country.

That being said, the entry of this motorbike could shake the industry. It is yet to be seen if electric bikes will make inroads first or this CNG bike.

The prices and mileage mentioned above are at current market rates for these fuels.