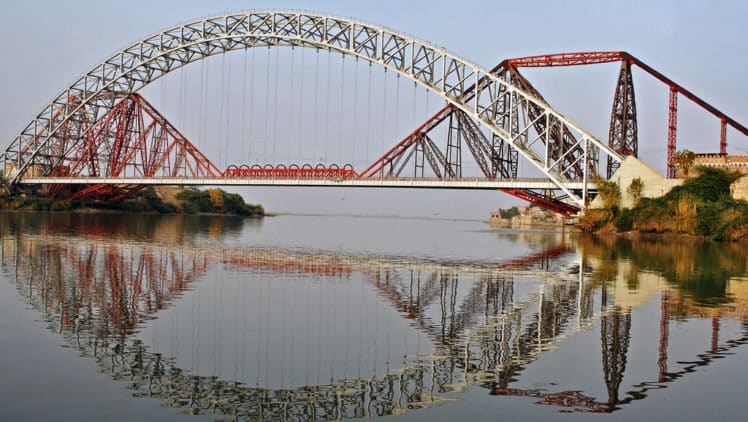 The quest for a great picture sometimes leads to a tragic end, as is the case with a man in Sukkur, who fell into river Indus while trying to take a selfie on a bridge.

Asif Masih, a resident of Christian Colony was strolling at night on the Lansdowne bridge with his wife. He fell from the side while trying to take a selfie.

Rescue operations were unsuccessful even after a 10 hour long search. The rescue workers were hampered by the dense fog and cold.

The Lansdowne bridge is an engineering marvel of the 19th century. It was considered the largest cantilever bridge in the world when it was constructed (1889).

The trend of taking unique and exciting photos and posting them on social media has been increasing over the years. This leads people to take selfies and photos in dangerous areas, scenarios and positions.

Their research was labeled “Me, Myself and My Killfie: Characterizing and Preventing Selfie Deaths”.

India was ranked highest for selfie deaths with a total of 76 deaths, eight times more than any other country in the world. Since March 2014, a total of 127 deaths have been caused by selfies alone. These cases were recorded all over the world.