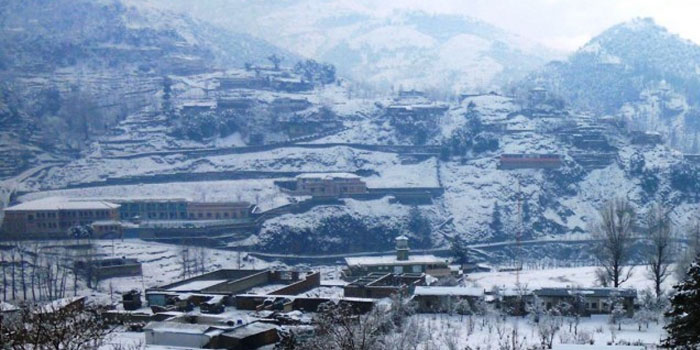 An effective weather system producing rainfall/snowfall in different parts of Pakistan is likely to persist for a couple of days with gradually increasing intensity.

In addition, a new weather advisory has also been released for relevant government departments.

(1) Sensitisation of public through Media as well as District Administration and Local Government Representatives.

(3) People living in kachi abadi must be sensitised to shift to safe locations to avoid any loss of life due to roof / wall collapse, etc.

(4) All crossing points at seasonal nullahs and hill torrents to be manned by Police to stop crossing of vehicles during flash flood.

(5) PDMAs are requested to coordinate with vulnerable districts for timely preparedness and immediate response, when required.

(1) All roads leading to snow bound areas should be covered by Police Check Posts to control flow of traffic and ensure commuters safety.

(2) Traffic to and from Murree, Galiyat, Naran and Kaghan Valley must be regulated.