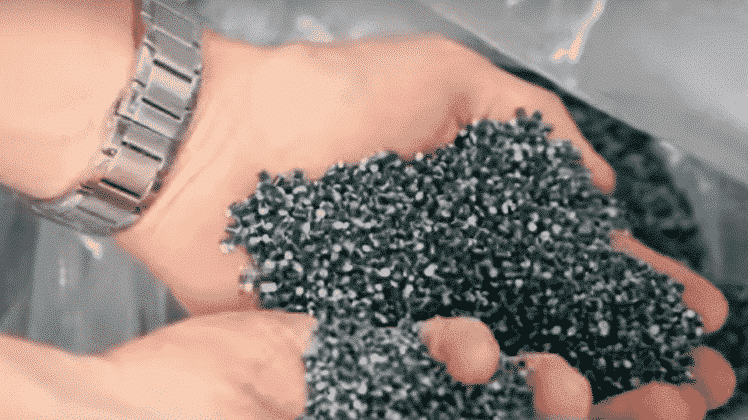 Plastic itself started a revolution back when it was invented. It was light, strong and cheap to produce and offered an alternative for almost everything made out of wood or steel. For the very same reason, it is now the most used material in the world.

But since its invention, plastic has become the scourge of man and nature alike, contributing immensely to pollution. It is difficult to dispose off, and gives out toxic fumes when burnt. It is responsible for high volume of litter we see around us. It even clogs drains and disrupts infrastructural safeguards. It is non-biodegradable after all, meaning that it doesn’t decompose easily.

In short, it has become an unwanted hazardous material.

That being said, alternatives to plastic (paper bags come to mind) have yet to reach the popularity that the cheap and sturdy plastic possesses.

And now, we just might see the day that happens. What if I told you another material is out to replace plastic as the next big thing? Its not a hoax, I’m talking about AirCarbon.

You may be wondering that this might be one of those “revolutionary” technologies that makes headlines every year or so then dies out soon afterwards. However, AirCarbon is different.

What’s So Special About AirCarbon?

AirCarbon was invented more than 13 years ago and it consists of 40% air and 60% carbon extracted from greenhouse gases. That’s right, it is manufactured with greenhouse gases from the air and is completely biodegradable.

The material is “carbon-negative” from cradle-to-grave, which means that the whole process of production until the end of its use when its disposed off, reduces carbon from the atmosphere.

AirCarbon is essentially helping us clean our environment by removing the greenhouse gases and reducing the effects of global warming.

It is just as strong as plastic and can be melted and formed into all kinds of shapes. The highly malleable material can be used to make chairs, smartphone covers, food storage containers etc. Essentially anything made of plastic can be replaced with AirCarbon.

Cheaper to Produce When Compared with Plastic

Mark Herrema and Kenton Kimmel are the creators behind AirCarbon, after they first discovered this amazing alternative to plastic some 13 years ago.

According to Mark Herrema, AirCarbon actually costs less to manufacture as compared to plastic, at least.

The two co-creators have worked for the past few years to refine the manufacturing process for AirCarbon, so that it can be sold on par with plastic-based materials. Their company, called Newlight, recently commissioned a large 4 story multi-acre plant in California for AirCarbon’s production.

In the past year or so, Newlight has proceeded to sign 74 Billion Euros worth of AirCarbon in off-take purchase or licensed production agreements.

IKEA and Paques have taken out production licenses to AirCarbon technology to produce AirCarbon material themselves, Vinmar has signed a take-or-pay contract with Newlight for large scale supply of AirCarbon, and Dell, KI, Hewlett-Packard, L’Oreal’s The Body Shop, and others have created commercialization partnerships with Newlight to replace plastic and reduce the amount of carbon in the air on a market-driven basis.

The battle against pollution and global warming just became a little easier with AirCarbon. However, given how AirCarbon is an intellectual property that is manufactured with prior licences, plastic might just stay prevalent in our part of the world for the time being.

Nonetheless, it is hoped that the creators behind AirCarbon make it widely available for all.