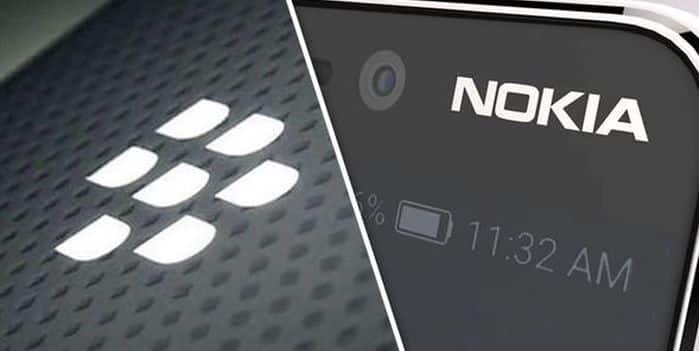 BlackBerry may have fallen from its grace as one of the leading Smartphone companies long ago, but that isn’t stopping it from taking a jab against another remnant of bygone era, Nokia.

The latest lawsuit brought by BlackBerry involves the allegation that the former Finnish giant infringed on 11 of the company’s patents, mainly concerning the field of Mobile networking, including “Detecting the number of transmit antennas in a base station” and “Scattered pilot pattern and channel estimation system for MIMO-OFDM systems”.

The patents concerned were acquired by BlackBerry after its acquisition of Nortel, another former networking company which went bankrupt not long ago, as a part of a consortium for $4.5 billion in 2011. Nokia had reportedly attempted to buy Nortel itself back in 2009 but had failed in its attempt.

BlackBerry for its part is only demanding compensation based on licensing for the networking technology, not blocking others from using it. The patent in question here involves the telecommunication standard called 3GPP.

BlackBerry contends that Nokia has cited the patents in its patent filings in recent times, a proof that it is aware of the patents’ existence.

The move may seem slightly desperate on BlackBerry’s part but that is not out of the ordinary. The company has just shipped 207,000 of its own OS’s phones in the last quarter. Its CEO John S. Chen had also hinted at the possibility of potentially profiting from licensing deals as the company struggled to stay afloat amidst falling sales.

Nokia, meanwhile, is looking to be back in the game with nearly full force, which is why perhaps why we are seeing this lawsuit in the first place.