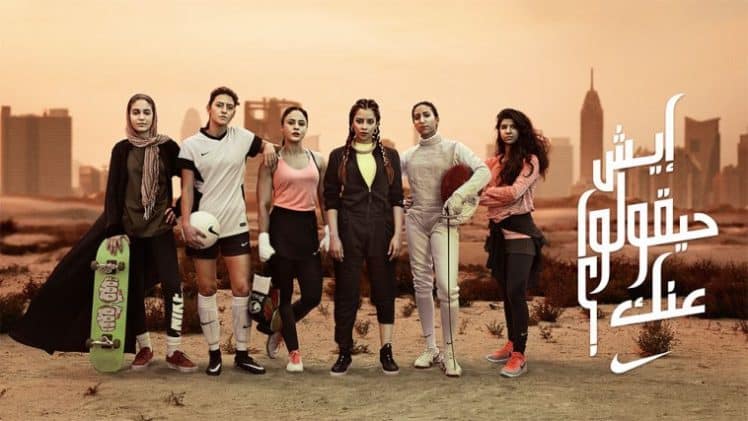 Nike’s recent advertisement featuring Middle Eastern Muslim women has gone viral on social media. It depicts Muslim women breaking all stereotypes and restrictions to go after the things they love.

The advertisement is part of Nike’s campaign to encourage women to break out of the boundaries set by their culture and tradition. The constantly moving picture, never stagnant, signifies how they support women going out and getting things done.

A New Narrative and New Technique

The ad is completely set in a Middle Eastern setting, and we rarely see the women speaking in it. While the advertisement has voice-overs, the audience never sees any of the actors actually speaking. Their thoughts are voiced to the audience and the disapproval of the onlookers in the video is shown through facial expressions.

Nike carefully selected five talented young sportswomen from different Middle Eastern countries to show the changing face and role of women and the culturally rich setting and atmosphere of the whole advertisement calls for a change in the way women are thought of in these countries.

Doesn’t Agree or Disagree With Stereotypes

The campaign starts off by depicting a common “fear” that is coming in the way of stopping women from achieving their goals:

“What will they say about you?”

The commercial doesn’t attempt to disregard or dismiss that vital question, showing that the brand realizes its importance in the way people are forced to live their lives in the Middle East. In a very strong female voice, the advertisement makes its statement very clear. In keeping with the theme of empowering women, the ads seems to hit off all the right notes.

This bold new campaign has certainly made headlines due to the way it has approached its message. It features many aspiring sportswomen have in the Muslim world. The five bold women featured in the advert also have had to fight for their right to be able to accomplish their own dreams. This also makes them relatable to younger athletes and the sportswear giant has certainly made an impact with the current generation of Middle Eastern sportswomen.