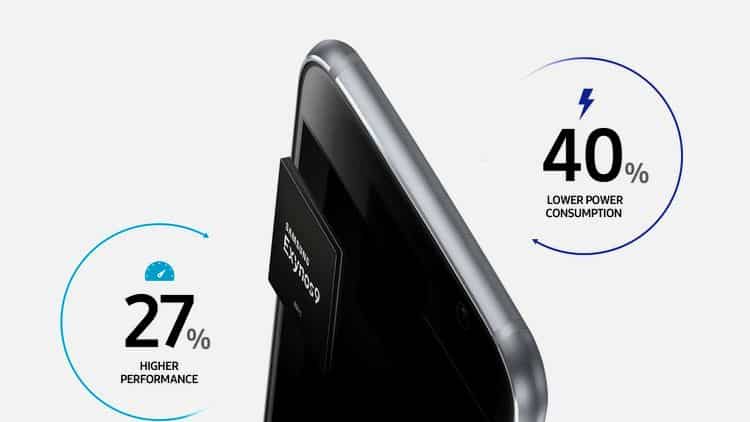 Weeks before the arrival of its new flagship, Samsung is taking covers off the chipset which will in all likelihood power the company’s best phone of the year.

Pretty much how the script always runs, the new Exynos 9 Series 8895 is a high-end chip which should run circles around its predecessors and set new benchmarks for both efficiency and performance.

For starters, the chipset is the first from Samsung to be built on the 10nm FinFET process, using up 40 percent less power and delivering 27 percent higher performance than before. It will come in an octa-core configuration with four regular, low-energy Cortex-A53 cores alongside four custom-made, high-end Samsung cores.

It is paired with the Mali-G71 GPU, which supports 4K UHD video at 120 fps. The same resolution is also supported when it comes to VR experiences.

The camera will also be helped by the Visual Processing Unit (VPU) which can better detect moving objects and images. It can be paired with cameras of up to 28 MP resolution, and supports dual image processors.

All the main gaming APIs are supported, including Vulkan 1.0, OpenGL ES 3.2 and OpenCL 2.0. Built-in is the Samsung Coherent Interconnect (SCI) technology which will help in the development of AI applications, alongside a separate processing unit for storing fingerprints and other private data.

On the connectivity side, the Exynos 8895 is the first Samsung chip with gigabit LTE modem, supporting up to five carrier aggregation and downlink and uplink speeds of 1 Gbps and 150 Mbps, respectively.

Another key market of the Exynos 8895 is regarding its usability as the chip will be used in the infotainment system of cars.

With Qualcomm about to saturate the market with its Snapdragon 835, Samsung seems all set to push the benchmarks once again in a few weeks.