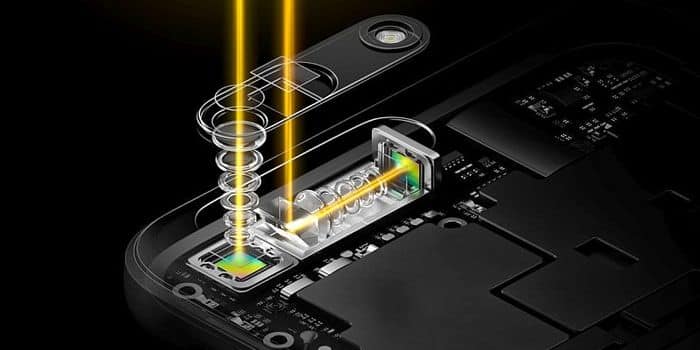 Oppo was there at at this year’s MWC too but it wasn’t there to announce a new phone. Instead, the company announced a new camera technology for Smartphones which could potentially revolutionize the industry.

Oppo spent most part of the last year or so researching on lossless zoom for smartphones without using bulky mechanical lenses. Which led to this technology called 5x Dual Camera Zoom system which utilises a unique periscope styled setup. 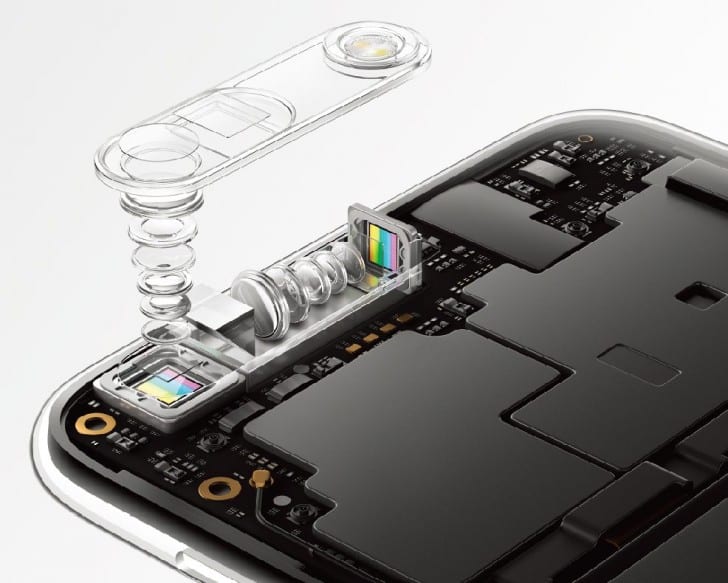 Seemingly a small part, the Dual Camera Zoom consists of 50 tiny little individual parts, stacked in a manner that the total height of the camera module is no more than 5.7mm.

The 5x Dual Camera Zoom uses the periscope style setup to divert light from one sensor through a prism and pass it through a telephoto lens inside the module, set at a 90-degree angle to the secondary wide angle lens. By shifting the path of light, Oppo achieves a lossless 5x zoom without any deterioration or noise using a small smartphone usable camera module.

The zooming project faced another problem as well. Even if analog zoom is possible, even slight vibrations or movements of hands are much more noticeable leading to shaky pictures.

To deal with this, Oppo employed a new Optical Image Stabilization (OIS) system. The prism can dynamically adjust its angle with a precision of 0.0025 (thousandth of a degree).

In reality, the telelens can only optically zoom by 3x. The ‘lossless zoom’ is a bit of a marketing talk though still quite real. Oppo says they use the “3x optical zoom, matched with a proprietary image fusion technology for digital zoom, gives users the industry’s first-ever lossless 5x dual camera zoom.”

A sample picture can be seen below:

You can take a look at the hands-on of the 5x Dual Camera Zoom module in the Oppo prototype’s video below:

For the time being, the prototype only let users switch between 2x and 5x zoom. However, the switch was fast and the zoomed output was very high quality with crisp details. Oppo even managed to keep the autofocus fairly fast and accurate on zoomed images.

The company hasn’t announced any new products with this camera technology nor have they given an estimate of how soon we could see this technology in any phone. Let’s hope this module makes it to final products very soon so that optical zoom can become a reality even on thin smartphones.