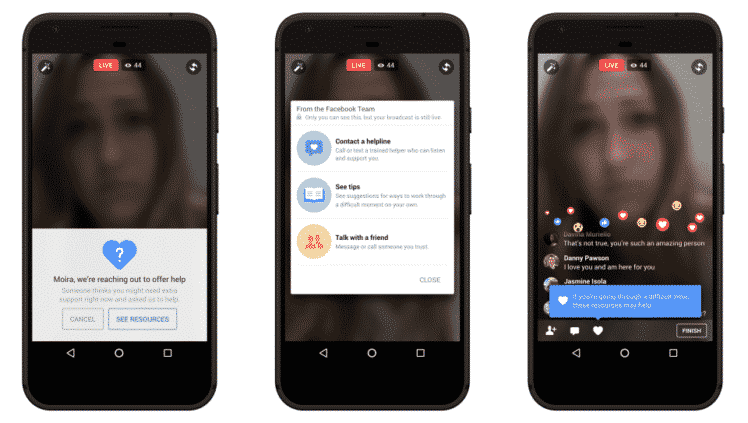 Facebook’s live video-streaming is a popular way of sharing personal moments, and providing a media platform for important events. However, much to everyone’s alarm, Facebook Live has recently been used to broadcast more than one case of suicide.

Facebook had previously introduced its basic ‘suicide prevention features’ that allowed friends to flag a troubling image or status, thus drawing attention to a potential suicide attempt. Now the social media giant has redesigned those tools and integrated them into Live videos. Facebook users can now reach out to someone directly, and report the stream.

It is also possible for the users to contact an emergency helpline, and chat directly with experts from organizations like Crisis Text Line, Lifeline, and the National Eating Disorder Association. Furthermore, Facebook is testing ways to use artificial intelligence to detect posts with troubling content – even if those have not been reported by users.

Mark Zuckerberg, founder and CEO of Facebook, recently elaborated on these measures in a status update, and described the rationale behind them saying,

Suicide is the 2nd leading cause of death for 15-29 year olds. Preventing suicide is complicated, but experts say one of the best ways to help is if someone who is in distress hears from people who care about them… There’s a lot more to do here and I’m looking forward to working with all of you to do it.

These measures come at a time when Facebook is focusing on ‘keeping the community safe’ – on and off Facebook – as an important part of its mission.