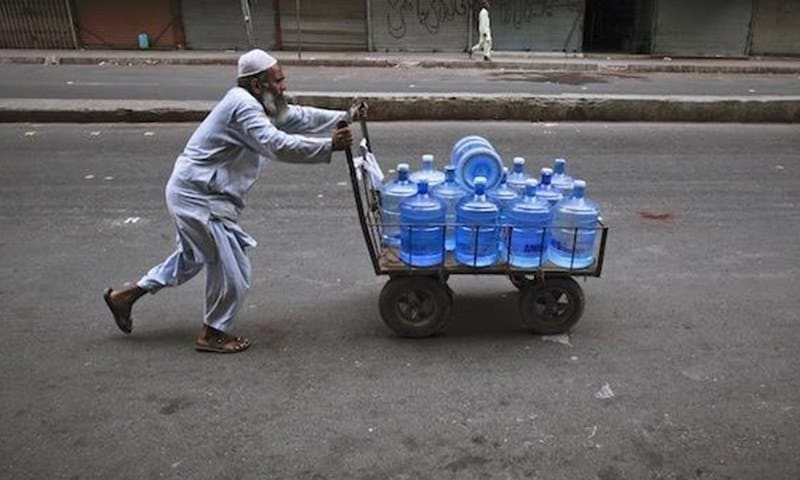 Pakistan Standards and Quality Control Authority (PSQCA), mandated to monitor quality of food items falling under Compulsory Certifications Mark Scheme, has closed and seized around 100 Bottled Drinking Water Plants during one year (January to December, 2016), it is learned.

Authority didn’t say anything on the brands it raided and seized their plants but said that it conducts quarterly inspections of various manufacturing units of bottled drinking water and random sampling is done both from factory and open market to ascertain quality.

The Authority has also filed court cases against different manufacturers of Bottled Drinking Water.
Answering a question, the sources said PSQCA disseminates information through newspapers, seminars, trainings to manufactures, dealers and consumers as well on product certification along with importance of quality and Pakistan Standards.

The other organization of the MoST is Pakistan Council of Research in Water Resources (PCRWR) which regularly monitors bottled/mineral water brands on quarterly basis.

Its findings are disseminated through print and electronic media and PCRWR website (www.pcrwr.gov.pk) for the awareness of general public. The copies of report are also sent to Provincial Chief Secretaries and Director General Pakistan Standards and Quality Control Authorities (PSQCA) for taking appropriate legal action against sub-standard brands.

Regarding Packaged Liquid Milk, the sources said PSS: 5344-2016 has recently been included in mandatory list of PSQCA which puts in place the monitoring mechanism including market
surveillance policy (inspection, testing and certification) for ensuring compliance of packaged liquid milk including Imported Milk in accordance with Pakistan Standards and CA Rules, 2011 to ensure health of people.

The sources said Cooking Oil and Banaspati Ghee also falls under mandatory list of PSQCA. The quality of the same is also checked on regular basis from independent laboratories.

PSQCA’s surveillance teams are continuously striving hard to trace illegal manufacturers of Cooking Oil and Banaspati Ghee, the sources siad and added during last year eight (08) brands were seized which were engaged in illegal manufacturing.

A mechanism has been devised to conduct consumer awareness programmes in major super stores of different cities to create awareness among general public and to promote quality culture. Mobile Testing Van is also used for on spot testing of edible items in different markets and Sunday Bazaars etc.