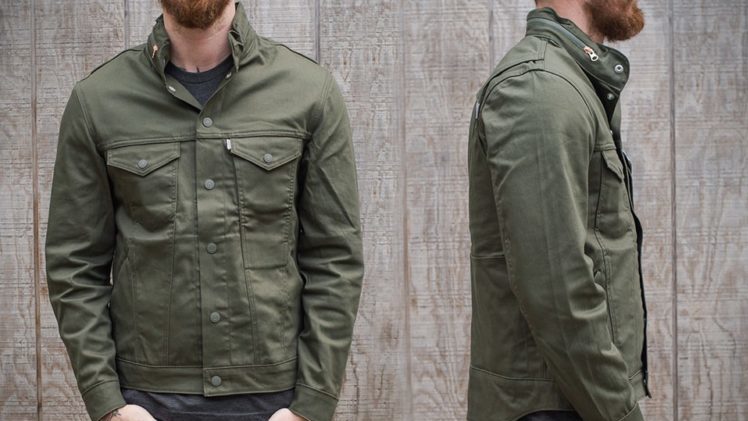 Couple of days back, we heard the news of Xiaomi entering the wearable industry (not by any means the first time) with its own connected shoes, an outcome of its partnership with Intel.

If you thought those fitness-tracking shoes were a news slightly out of ordinary, this news will probably surprise you even more.

Later this year, Google will partner up with Levi’s in a bit to launch connected jackets. The so-called Commuter Trucker Jacket will be comfy to the touch, and touch-enabled as well. Welcome to your first look of a truly connected future.

The jacket will feature a cuff to link with phone via Bluetooth. Once that happens, you have swipe your finger over it (the jacket, that is) to answer phone calls, change the music & its volume, as well as get directions on maps.

The jackets were revealed during the panel ‘Beyond the Screen: The Ubiquity of Connectivity’ at the SXSW festival in Austin, Texas. They are made possible thanks to conductive yarns, of which these jackets are made.

The Commuter Trucker Jacket will be available starting from this fall for $350, which means you’ll obviously be paying quite a lot for a chance to peek into the future. Or you could act like the rest of us and pull your phone out of your pocket.

The availability is not known as of yet but the jacket will be demoed sometime over the coming week.