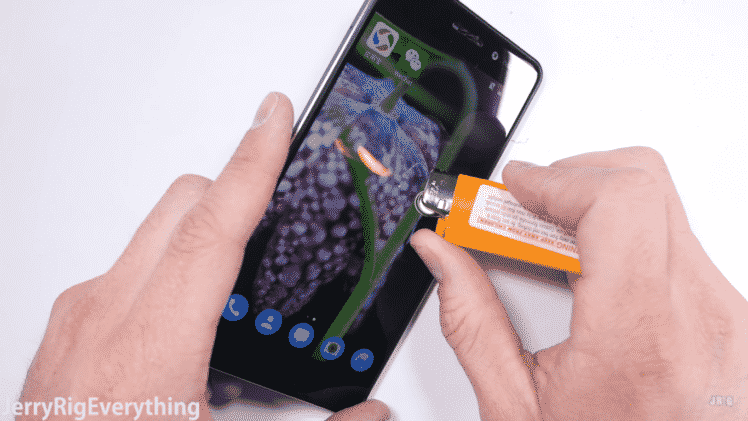 We don’t need to remind you of the glorious Nokia 3310 that used to be all the rage once upon a time. The phone was nigh indestructible and was rather famous for it.

Nokia followed up on that a few years back with their Lumia series particularly 520 and 920. These two were the toughest of the bunch, with the 520 even stopping a bullet.

And now it seems that Nokia’s newest is also hoping to join in the ranks of the most durable phones ever in recent memory.

The Finnish company is continuing its legacy with the Nokia 6. In a video released yesterday by the YouTuber JerryRigEverything, the Nokia 6’s durability was put to the test. The YouTuber in question is the same person who tested the Note 7’s screen back in 2016, which scratched rather easily and was subject to controversy.

As for the Nokia 6, it was bent, scratched and even burnt (!) in the be-all-end-all durability testing. Be warned the following tests put the phone through torture, watch at your own risk.

Of course the phone holds up pretty well to bend and burn tests but it scratched easily on the sides and the back due to the all metal aluminium build (Nokia advertises that the phone was built from a single block of 6000 series aluminium).

Unfortunately JerryRigEverything didn’t do a drop test for Nokia 6. Still, the phone seems to be pretty sturdy and can take some punishment.

Sold Out in Under a Minute

Nokia released the Nokia 6 in China recently where it sold out in under a minute. It received more than 1 million pre-orders when it was first announced in China. Afterwards the company showcased the Nokia 6 with its lower end siblings, Nokia 3 and 5 at the Mobile World Congress 2017.

The phone is due to be released worldwide soon. A release date for Pakistan is not available however.