In the website’s report titled “Countries with the Largest Proportion of Mobile Use by Women”, it has been revealed that the ratio of Pakistani women visiting the website with explicit content on Mobile Phones is 86%.

This means that its more likely for Pakistani ladies to access mature content on mobile, as compared to desktops or other devices.

So much so that Pakistan is one of world’s top countries where women access explicit content on mobile devices. 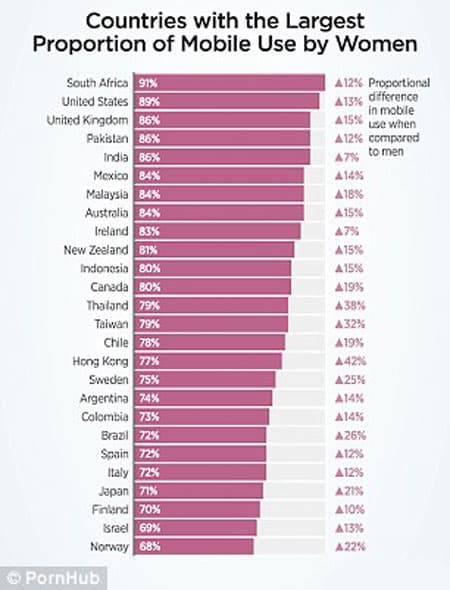 Among Muslim countries, Pakistan is ranked the highest and is followed by Malaysia at 7th. Neighbor country, India, is ranked just below Pakistan at 5th. The list is topped by South Africa, followed by the US and the UK.

To be very clear, the above report does not mean that Pakistani women visit such websites a lot – it’s just that when they do, it’s on mobile most of the time. 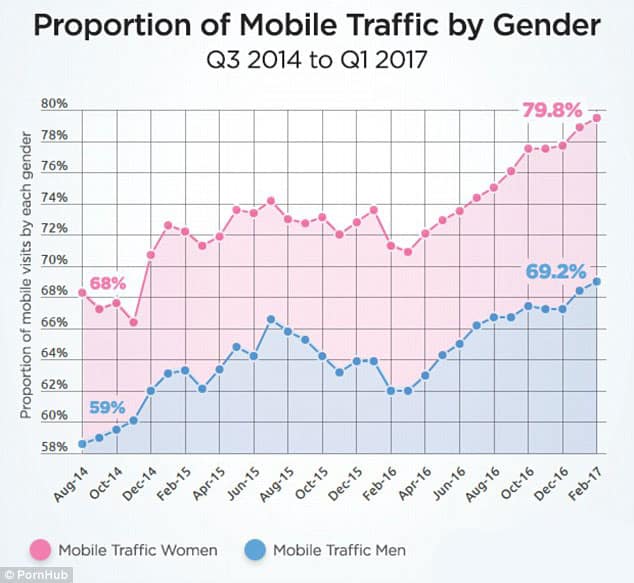 According to the same report, the proportion of female visitors in terms of traffic is very low from Pakistan. A detailed global graph (below) shows a comparison of female traffic from Pakistan against the rest of the world:

According to the above graph, female traffic from Pakistan is around or less than 10 percent.

Update: We have updated the title for more clarity in message and to avoid any ambiguities.