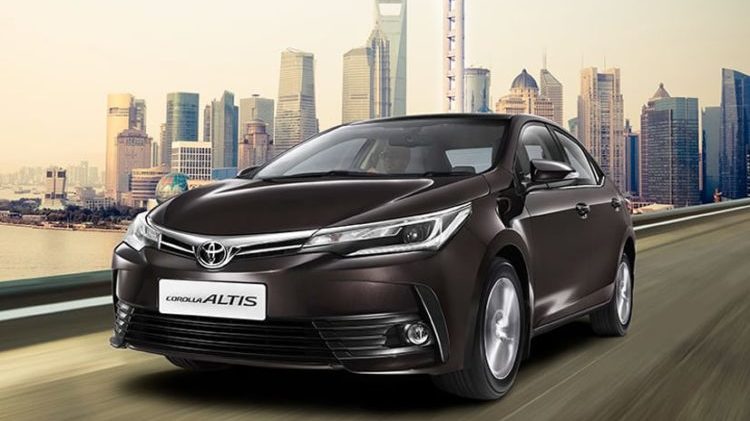 The new and refreshed Toyota Corolla Altis 2017 has been announced.  It introduces new features but the overall look is still quite similar to the previous model.

Not much has been changed aside from a few design adjustments for the interior and the exterior. The engine has also being left intact.

The new model was recently revealed in India, with no word on when its going to come to our part of the border. 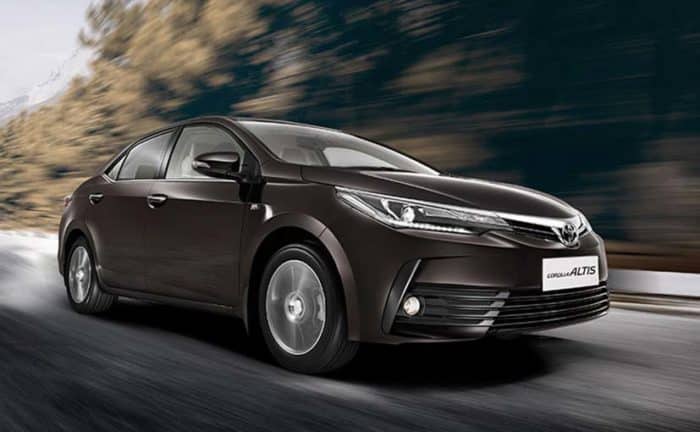 Walk back a few steps and you’ll notice that not much has changed in terms of the overall looks of the car. You will however notice that the rear view mirrors look sharper and new 16 inch alloy rims have been added with a different design. 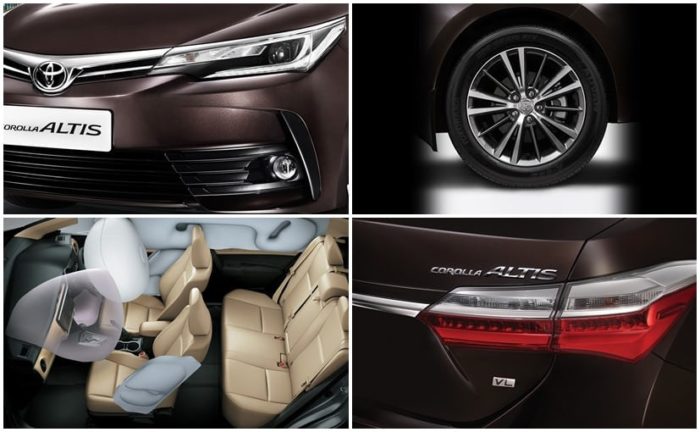 The rear view mirrors also include turn signal lights with the mirrors themselves being electrically operable.

Moving towards the back of the car you’ll notice that the back looks the same with the exception of the LED taillights. The tail lights have a thinner profile but retail the look of the previous model.

Enter the car and you’ll see that the dashboard is pretty much the same as before. The instrument panel has been redesigned and the dashboard now features soft touch material. 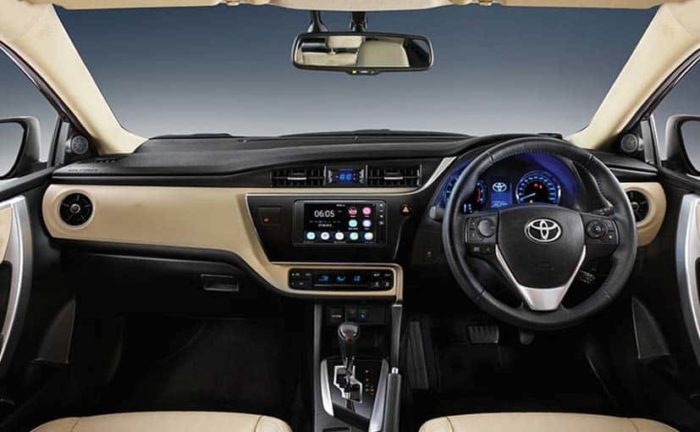 The front retains most of the previous features with the touchscreen panel, the 3 spoke steering wheel with mounted controls and chrome detailing.

The Altis is also one of the few sedans in Pakistan that offer adjustable rear seats. The interior also has the updated off-white/pale yellow look.

As mentioned earlier the new Toyota Corolla Altis retains the same engine as the previous model. It has a 1.8 L capacity 138 bhp peak horsepower unit. The max torque clocks in at 173 Nm with a 6 speed manual transmission or a CVT automatic option.

The Altis has been launched in India only for now so keep in mind that prices in Pakistan are expected to be higher on average.

The following are its prices in India converted to Pakistani Rupees based on the existing exchange rate. Please note that the estimated prices are subject to change from country to country.

Via Car and Bike