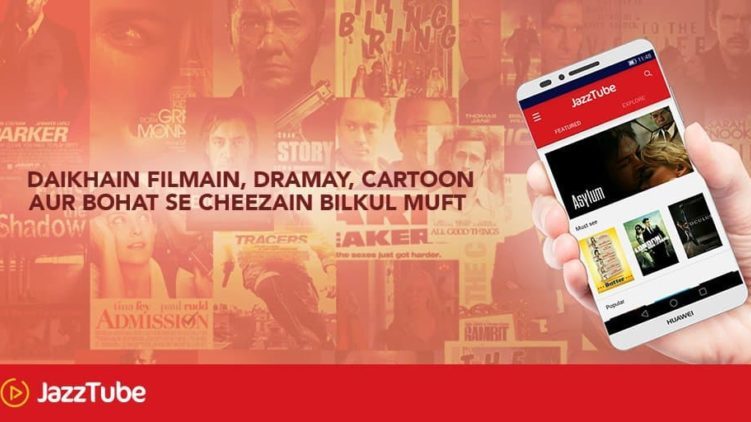 It seems as if Jazz is following in the footsteps of other popular streaming services like Netflix and iFlix. JazzTube by Jazz was recently launched which is branded as a “YouTube-like” service.

The service offers a 1 day free trial to give you a taste of its catalog. Users can then opt for time-based plans.

Please note that JazzTube is limited to Jazz Prepaid users only, requiring a phone number, even for the free trial.

To subscribe, SMS “M” to 4372. The JazzTube app is available on both iOS and Android. Data usage will not be charged according to the app page.

Problems With the App

While the service seems promising, considering that it features local drama series and is cheap and easy to subscribe to, it comes with its own share of flaws.

For one it does not have clearly defined categories for movies and series. Once you tap on “regional” under the series section you get a “coming soon” message. This shows limited content availability which can be a problem for a lot of users.

Most of the tv series and movies are either lesser known or just too old. Most of the newer movies and series are not available on the app. Still, this is something that we can expect the service to fix with time.

Nevertheless the prospect of having a home-baked streaming service is promising. Once the issue of limited content availability is solved JazzTube is sure to gain immense popularity. The other issue is the network limitation with only Jazz users being able to use the app.

Will other telecom operators in Pakistan follow suit with their own streaming services? Only time will tell.