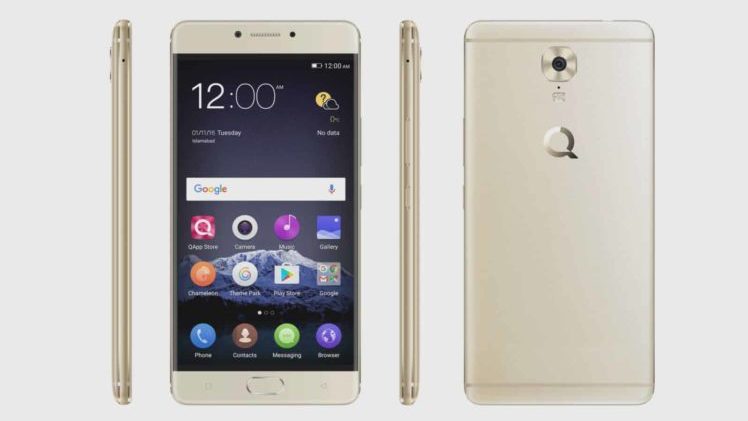 With the increasing innovation by the likes of Samsung Galaxy S8, Xiaomi Mi Mix and similar phones, local smartphone companies are under pressure to release better offerings and provide even more value for money.

QMobile is releasing the new M6 smartphone which will directly compete with mid-range Smartphones from by Samsung, Huawei and others.

First things first, the design of the phone is now more in line with other metal unibody phones. The M6 features 6000 series aluminum (also used in Nokia 6) which accounts for 97% of the phone’s body according to QMobile. The display unit is a 5.5 inch 1080p (1920 x 1080) Super AMOLED display. On the front you get a front mounted fingerprint scanner as well.

The M6 comes with a 2.0 GHz octa-core Mediatek Helio P10 processor, 4 GB of RAM and 64 GB of internal storage. The OS is unfortunately a step behind everyone with Android 6.0 Marshmallow instead of Nougat.

M6 includes a 13 MP Sony IMX 258 sensor with phase detection autofocus and an LED flash. This is the same camera sensor used in Xiaomi Mi5s Plus, Redmi Note 4 and Sony Xperia XA. The front camera uses an 8MP sensor with a screen flash feature.

Other features include DTS Surround Sound as well as an Infrared blaster.