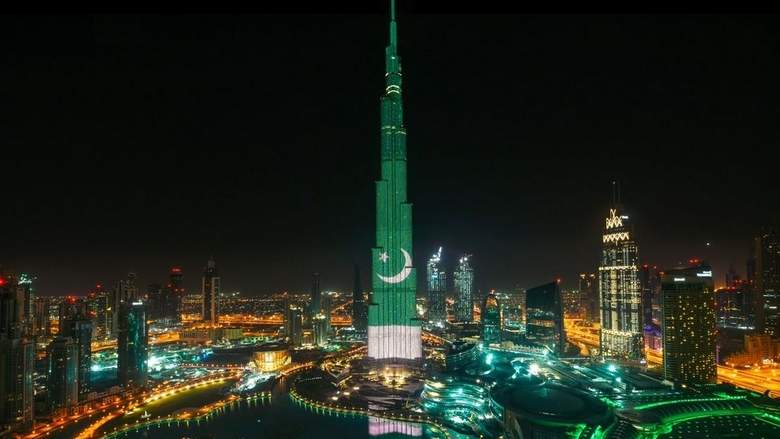 The world’s tallest building, Burj Khalifa that is based in Dubai, will light up with the Pakistani flag’s colors to celebrate 77th Pakistan Day today, we have checked.

Known for its spectacular fireworks and illumination, the Burj Khalifa is the tallest skyscraper in the world.

With a sizable community of Pakistanis living in Dubai, the show is likely to grab a lot of attention.

Burj Khalifa just went green and lit up with the Pakistani flag in all its splendor.

We congratulate Pakistan on their 77th Republic Day from #BurjKhalifa. pic.twitter.com/H5aaQamr6l