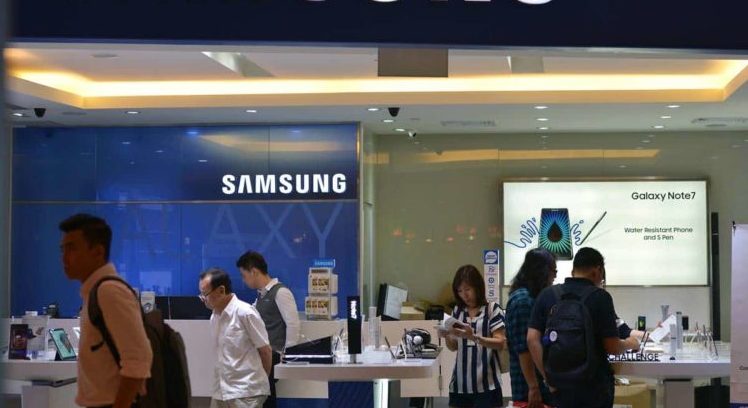 Samsung can’t seem to catch a break. In an ironic turn of events, a Samsung outlet in a mall in Singapore caught fire. Fortunately the fire didn’t spread out and was extinguished within minutes.

The South Korean smartphone maker is due to reveal the new Samsung Galaxy S8 today in New York. The fire broke out just a day ago in Samsung’s store at AMK Hub in Singapore.

There was no one in the area when the fire broke out and none of the adjacent stores suffered any damage. The vicinity near the Samsung store has been sealed off for “safety reasons and cleaning”.

The cause of the fire has not been discovered yet.

Samsung’s bad luck hasn’t let up ever since the Note 7 fiasco.

It all started with the Galaxy Note 7 which was deemed unsafe for usage. Reports across the world about the Note 7 exploding caused Samsung to issue a global recall for the phone to replace/fix the battery issue.

The company returned the phones after “fixing” them but explosion issues remained with people reporting problems in the recalled phones as well. Sales for Galaxy Note 7 were stopped altogether afterwards.

Only last month, the battery factory that manufactured batteries for the Note 7 phones caught fire as well. The fire started at the disposal area for discarded phone batteries in the factory.

Read More: Karma? The Samsung Factory Which Made the Note 7 Batteries Catches Fire

It took 19 fire trucks and as many as 110 fire fighters to extinguish the fire. This coupled with the Samsung store catching fire has caused a lot of negative publicity for Samsung, especially as the company is getting ready to launch the Galaxy S8.