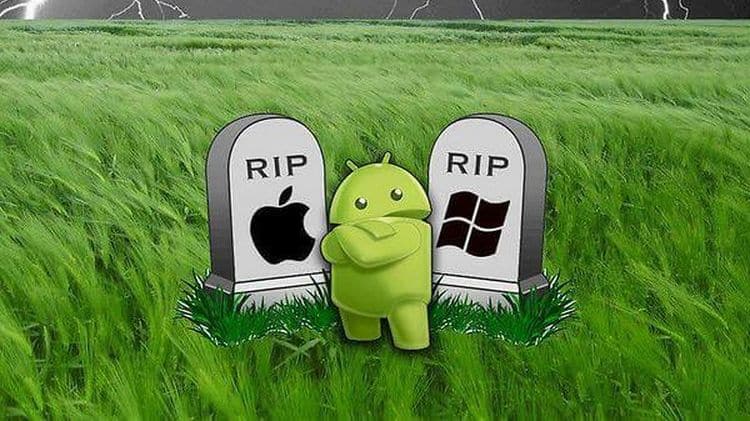 After years of dominating sales in the smartphone category, Android has at last emerged as the world’s biggest operating system. It edged past Microsoft’s Windows in the global market this March.

These figures were taken from the web analytics firm StatCounter. The firm collected the data by tracking 2.5 million websites which accounted for 15 billion monthly page views.

The gradual progress made by Android has been encapsulated in this chart, which highlights Android’s rise starting from March 2012. 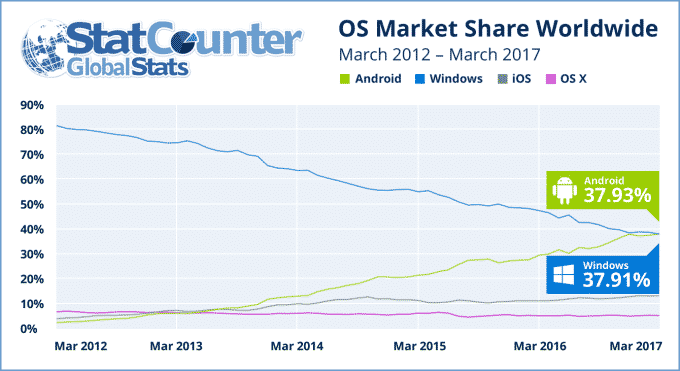 While Windows had a staggering 82% market share back then, currently its users account for only 37.91% of all internet usage, compared to Android, which stands at 37.93%.

Unsurprisingly, iOS came third with a share of 13.09% in the market, while OSX trailed behind with 5.17%. The only other notable OS was Linux, with a 0.75% share among internet users. 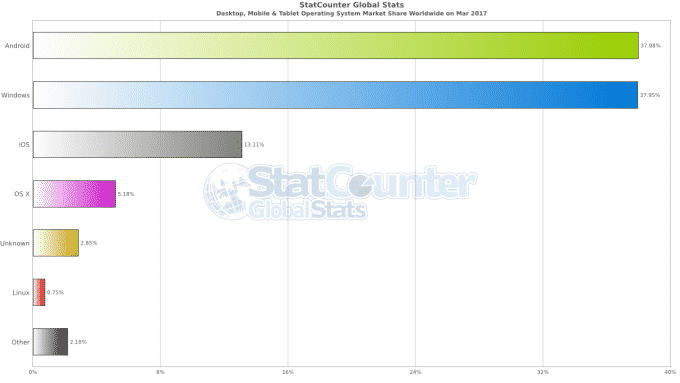 One of the most-interesting reports is the one which highlights the popular internet usage platforms by country. The trends are all too similar across the board, with the developing world getting internet access primarily through mobile (and Android at that), while their developed counterparts almost entirely preferring Windows. 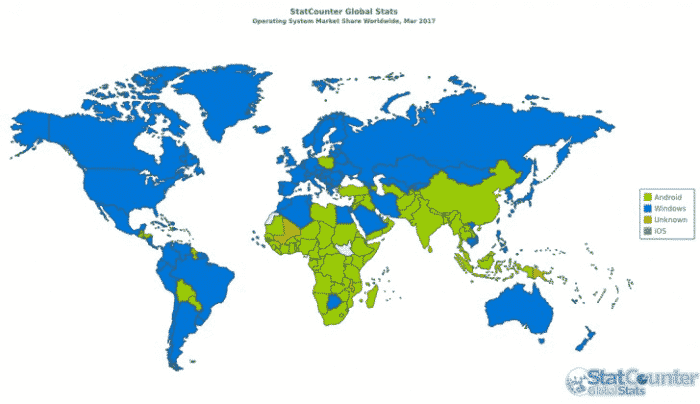 That’s a testament to the level of mobile penetration in these countries and should explain why markets such as China are already the largest when it comes to generating app revenues.

In the West, however, Android is still trailing Windows and even iOS, particularly in North America with both of the OS in the lead. In Europe, Windows is twice as big as a platform (in terms of usage) compared with Android.

StatCounter also features statistics for Pakistan showing the rise of Android in the country. The two primary operating systems from Google and Microsoft currently stand at 57.68% and 26.98%, respectively, with the switch happening sometime in August 2015. 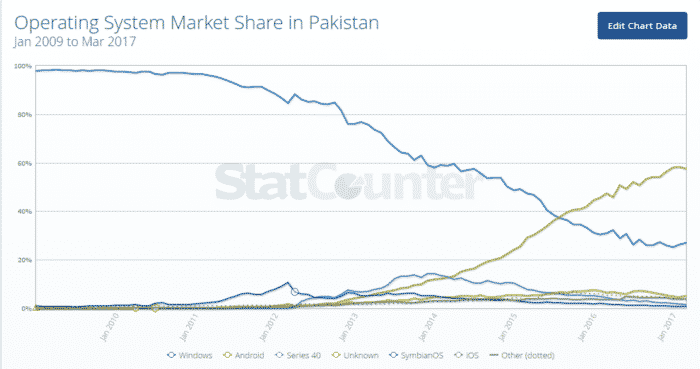 The great news is that the data is available at StatCounter’s website, which means anyone can head over there and delve deeper and tinker around with different parameters.