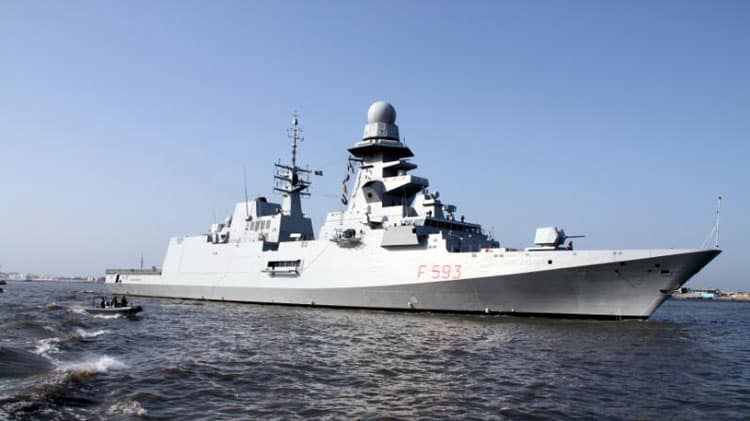 An Italian Navy ship frigate ITS Carabiniere (F593) arrived in Pakistan today on a goodwill visit. It will participate in a naval exercise with Pakistan Navy.

The ship is part of a specialized division of Italian Navy known as Submarine Destroyers. The warship carries a single NH Industries SH-90A (NH90 NFH) helicopter on the flight deck.

This is not the first visit of the Italian Navy to Karachi. Previously, it took part in Aman Naval Exercise in 2015.

According to a spokesman of the Pakistan Navy, the Italian ship is presently anchored at Karachi port of Pakistan Navy where senior naval staff was also present.

The purpose of the visit is to strengthen military and strategic ties and cooperation between the navies of the two coun​​tries. During the visit, the officers of both navies will hold a series of discussions on various issues of mutual interest.

At the end of the visit, the Italian ship will participate in a naval military exercise with ships from Pakistan Navy in the Arabian Sea.

The ship will continue its official journey to countries, including Australia and some South Asian states. 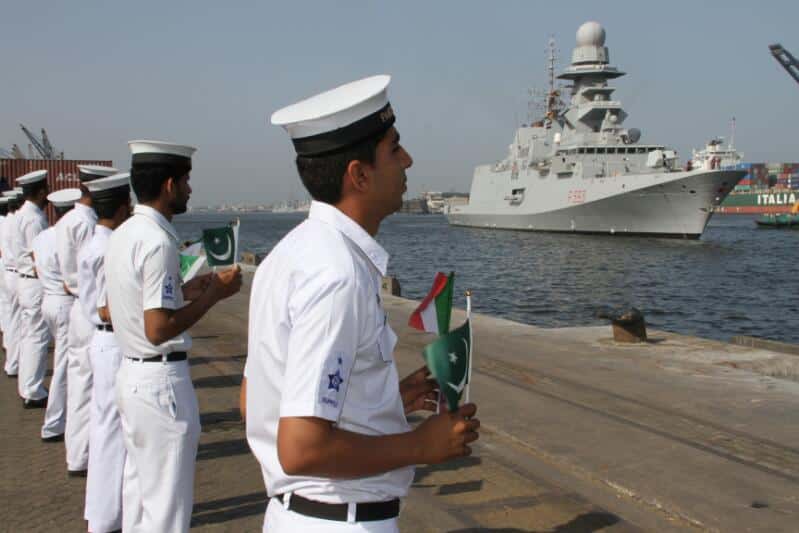 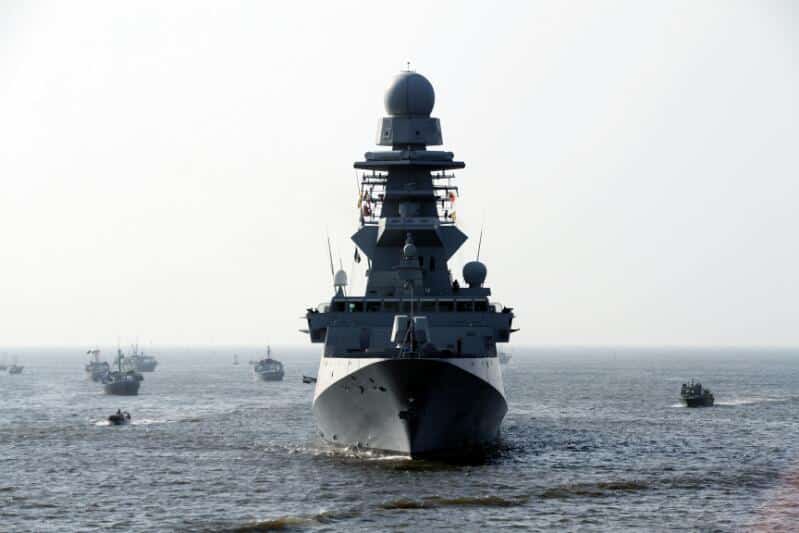 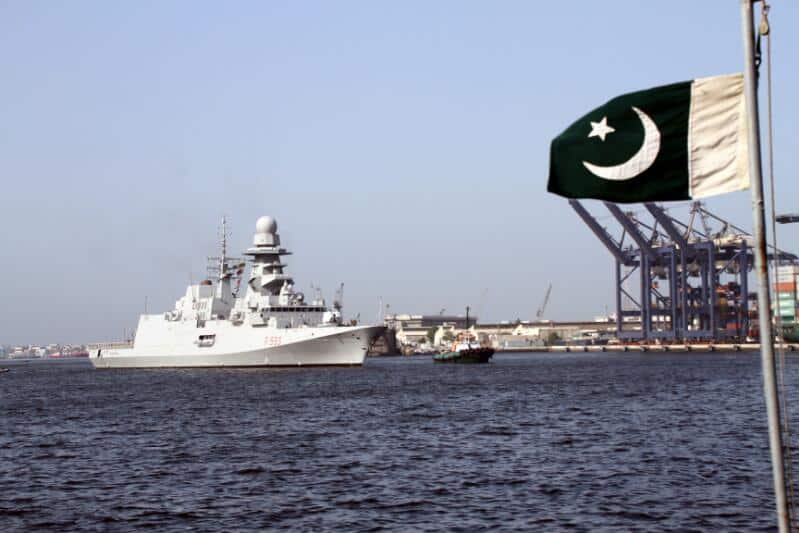