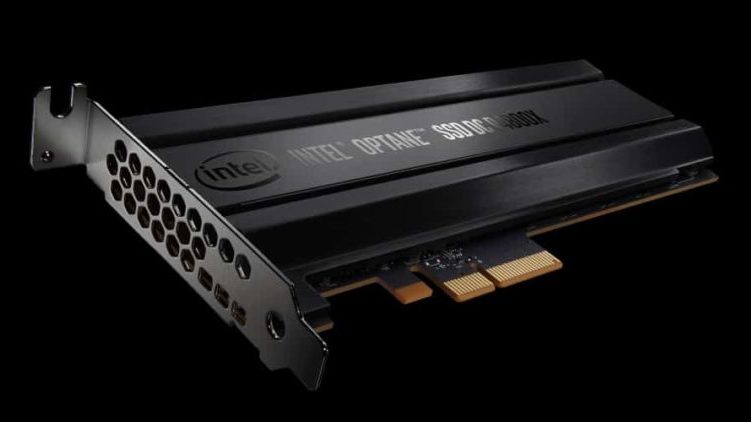 Conventional SSDs are usually considered by most to be the fastest storage devices but a new kid on the block is set to challenge them for the throne in a very meaningful way.

We have been hearing about Intel’s NVM-based 3D XPoint Optane SSD for a while but they are finally shipping to end users now.

For now, at least, that’ll predominantly comprise the enterprise sector and data centers, and for good reason. The 375 GB version of the SSD, dubbed the Optane SSD DC P4800X, retails for $1520, meaning it can be tough to find it in your local hardware store.

But the price difference should be more than accounted for due to the stratospheric speeds these drives can achieve. The Optane SSDs will roughly offer 2.5 GB/s of sustained output and has ten times lower the latency of a normal SSD. The Optane recorded sequential reading and writing speeds of 2400 MB/s and 2000 MB/s, respectively.

Overall, Intel claims that the storage will be 7-8 times faster compared to regular SSDs in the market, a figure which could be even higher if it wasn’t being used for existing hardware in the market.

The storage can also be used as RAM if the user requires it to, seating it in the PCIe slot of your PC. The performance, when used as RAM, will be equal to about 80% of fastest RAMs on the market.

Much More Durable Than Conventional SSDs

Having been in the making for a long time, the Optane SSDs feature a 3D stacked design of memory cells, using only digital charge and no transistors.

It retains its storage even while its powered off and can write up to 12.3 petabytes of data in a lifetime. It has ten times the density of DRAM and the same level of latency. Compared to NAND storage, it is 1000 times faster and features endurance by a similar measure.

Intel plans to launch multiple storage variants, including 750 GB and 1.5 TB versions, as well as 750 GB and 1.5 TB U.2 versions in the market. After a while, there’ll be modules featuring separate DRAM as well.

While Intel’s 3D XPoint is going to be the fastest storage around, it won’t hit the mainstream and challenge SSDs any time soon. Once it does, you can count on it to be the best one around in terms of performance.