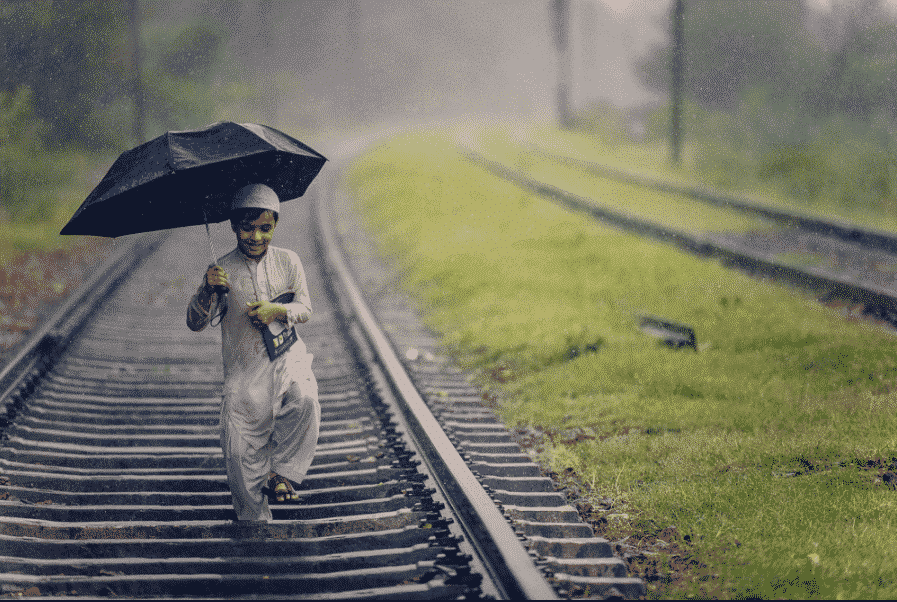 Shabir Mian, a Pakistani photographer, was recently recognized by the World Photography Organization for his award-winning photo.

His photograph of a schoolboy from Lahore (below) was selected as the single best photo from Pakistan this year at the Sony World Photography awards.

According to the World Photography Organization,

National Awards winners receive Sony digital imaging equipment to help them continue their photographic journeys. In addition, a number of the winners are brought to London to attend the Sony World Photography Awards ceremony, and to see their work exhibited at the prestigious Somerset House.

Shabir entered the photography world 5 years ago to “capture human spirit”. He thinks that even though the image is of a child from Lahore it showcases a temperament shared by children across the world.

How He Captured This Image

Recalling how he captured the moment, Shabir said,

One day I was in this spot for some work, and it started raining. The boy was running over the railway tracks, coming back from the school towards his home. He didn’t know about any trains; whether they were coming or not. He was wandering with happiness and running on the tracks and enjoying the rain. I wanted to capture that moment, to capture the happiness and fearlessness in the child. That picture represents children in that age around the world.

Will Be Showcased At London

This is the first international award Shabir has received for his work. He says that it is his dream to sell one of his images at the art gallery in London, where his image will be exhibited alongside other National Award winners. The exhibition will also feature a selection British photojournalist Martin Parr’s work.

The exhibition at London started on April 21st and will continue until May 7th.