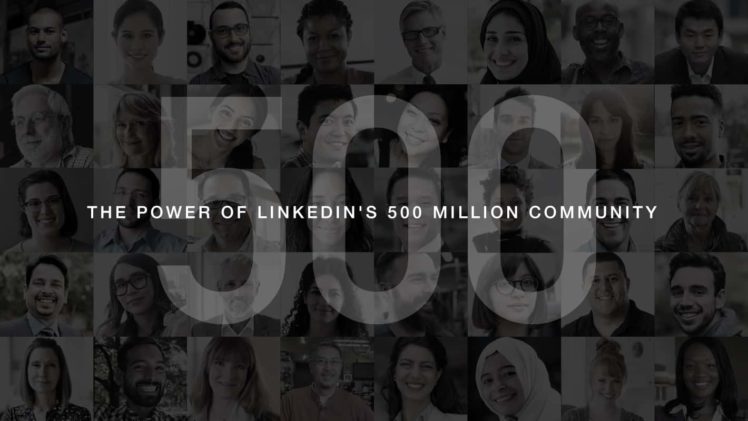 LinkedIn has reached a new milestone in its 14-year journey. The company has reached 500 million users which, compared with Facebook’s 1.8 billion users isn’t much but is resoundingly higher than some of the others, for example Twitter with its 319 million users.

This figure is up from 467 million users recorded in October last year. These 500 million users come from 200+ countries. Although the figure doesn’t necessarily reflect the active user count of the business network, there’s no way of knowing that since LinkedIn has stopped mentioning it.

That’s not the only statistic to be proud of though. LinkedIn also sees more than 9 million companies on its network posting upwards of 10 million jobs online. It also boasts more than 100,000 articles per week, written by industry heads and famous entrepreneurs.

In recent times, the network has gone through multiple visual and functional overhauls on both desktop and mobile platforms. New features have been added including Open Candidates and Salary to help narrow down the searching criteria.

To mark the occasion, LinkenIn is also sharing various statistics regarding the network. For example, the most connected country is the UAE, followed by Netherlands and Singapore, while its most connected places are London and Amsterdam.

Similarly, the most connected industry is “Staffing and recruiting” followed by “Venture capital and private equity”. The most connected job functions include “Human resources” and “Product management”.

LinkedIn was bought out in mid-2016 by Microsoft for a total value of $26.2 billion. By hitting the margin of 500 million users, LinkedIn has proved that the investment might have been worth it after all.

For the future, LinkedIn hopes to get better integration with its parent company Microsoft’s sales software Dynamics 365, with hopes to dethrone the current market leader, Salesforce. With better future integration (the first step being mandatory LinkedIn accounts for Dynamics users), both the setups hope to gain a lot.