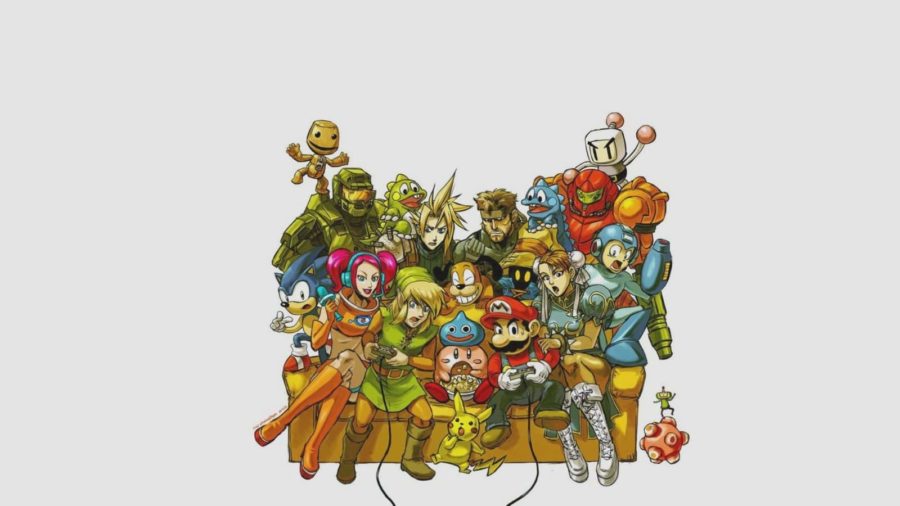 If you were born just before the turn of the 21st century, chances are that you were the first generation to experience video games on your own personal computers.

Video games at the time, although pretty limited in terms of power and complexity, were pixelated wonders of art and logic. The goals were simple, the stories far less complicated, and the graphics, quite limited in comparison to today’s 3D games. But to most of us, they were magic and they were good at one thing— having fun, a lot of pure unadulterated, ecstatic fun.

We would play the same game, over and over again until every nook and corner of it were written in our memory, clear enough to be remembered even today. Unlike modern games, most games back then only had one or two maps (locations), or a dozen at most.

There was no online aspect so there was no concept of downloadable content, nor of online multiplayer gaming. The only multiplayer we had back then was using LAN, split-screen, or the same screen for games like Street Fighter, Mortal Kombat, etc.

So, here is a look back at some of the best, nostalgic, computer video-games that made the parents of every late 80s or early 90s kid worry about their children’s obsession with this “machine”. 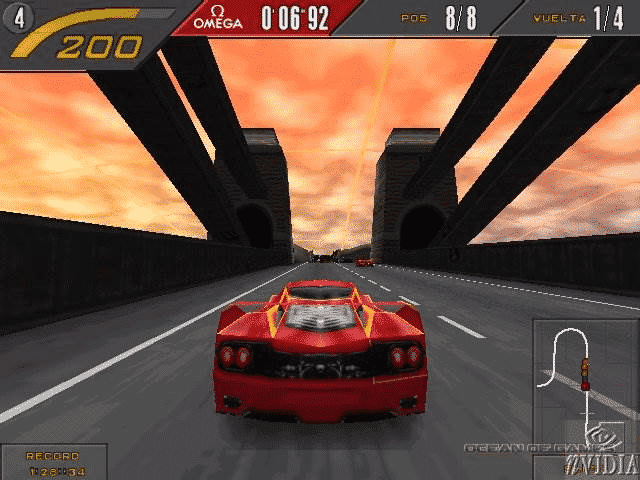 Who doesn’t remember cruising through in a Ferrari F50 or a McLaren F1 or falling off snowy peaks in the twisty Mystic Peaks maps? Can you still recall its numerous cheat codes? FZR-2000? Pioneer? Rushhour?

Need for Speed is one of the most recognizable and one of the oldest gaming franchises in the world, even today. While there are many brilliant games in the series, like the Underground, Underground II, Carbon, and Most Wanted, one version of this game still retains a special place in the heart of every kid who played it back in the early 21st century; Need for Speed II. 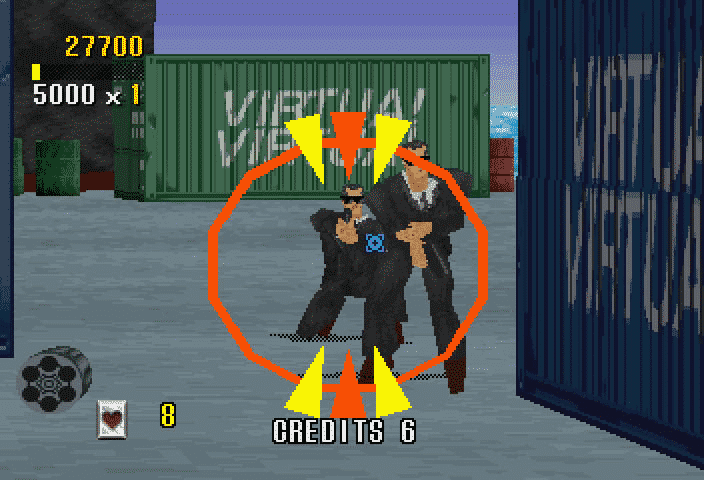 A first person shooter without the ability to move at will; Virtua Cop was one of the pioneers of the rail-shooter sub-genre. Developed in 1994 by Sega as an arcade game, Virtua Cop was released on PC in 1997.

Apart from being a pretty popular game, it also made its mark as one of the first games to let a player shoot through glass and its use of real-time polygonal graphics. 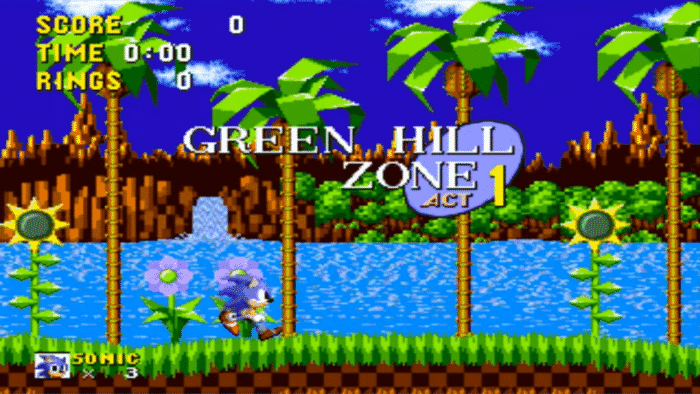 Sega has some of the most beloved video gaming characters, second only to Nintendo. Sonic, the bluest and the fastest hedgehog around the world, is probably the most popular of them all. This character finally came to Windows in 1997.

That familiar chime the game made when the little hedgehog collected a coin is still imprinted on my mind, and so is that “charging-up” sound Sonic made as he rolled around to gather some speed. 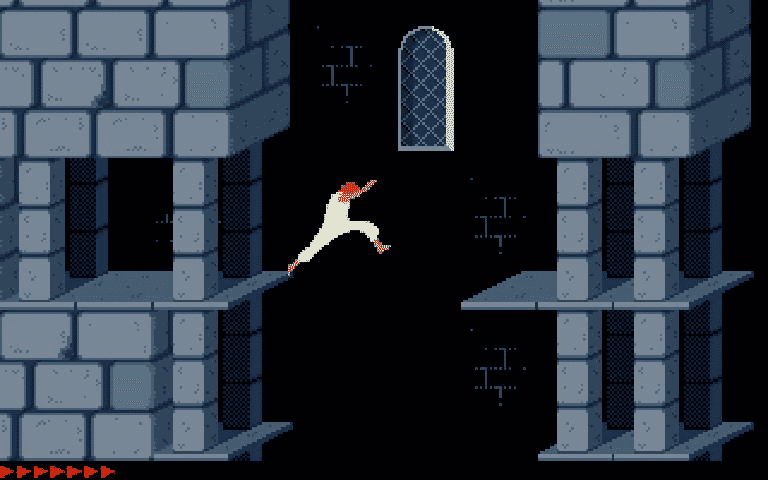 A princess locked in a tower, her lover doomed to the dungeons and the kingdom taken over by an evil wizard. Your job? Navigate the spike-filled dungeons, fight the wizard’s henchmen, and rescue the princess.

Originally designed for the Apple II in 1989, Prince of Persia was way ahead of its time. In fact, it was so good that one gaming magazine said that the game package’s claim that it “breaks new ground with animation so uncannily human it must be seen to be believed” was true. 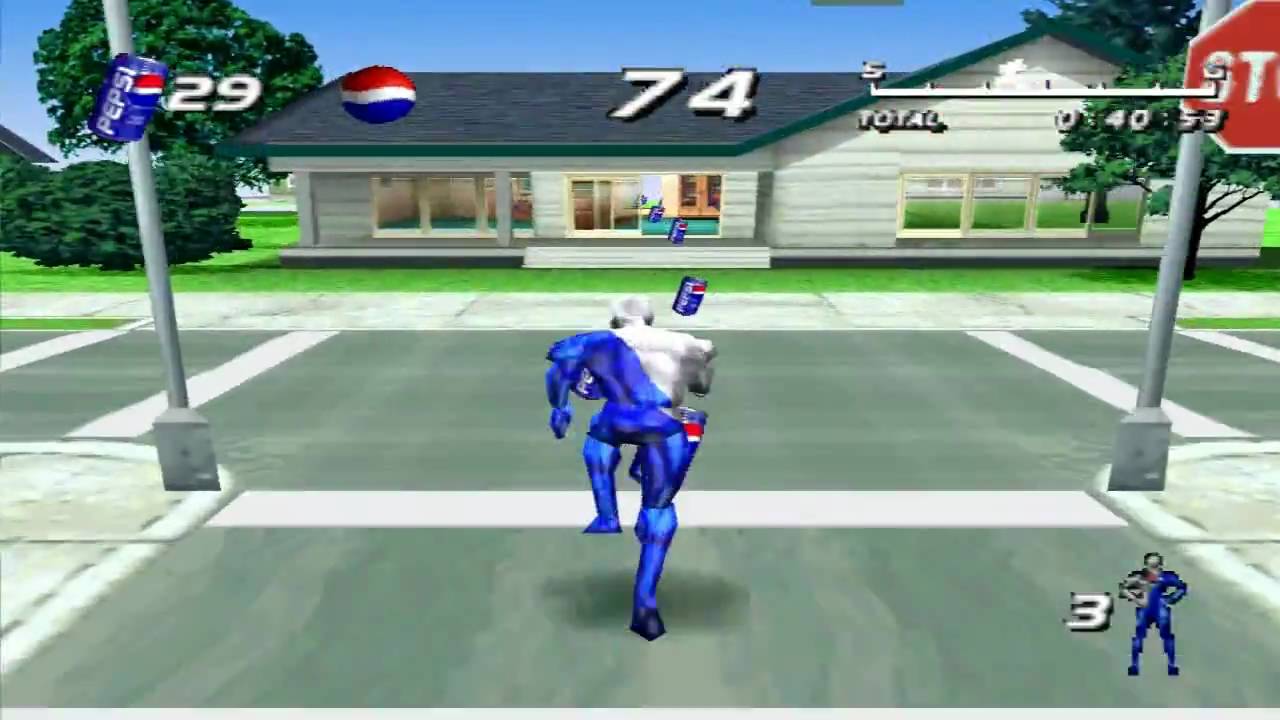 Originally released for the Playstation, Pepsiman was ported to PCs as well later on. 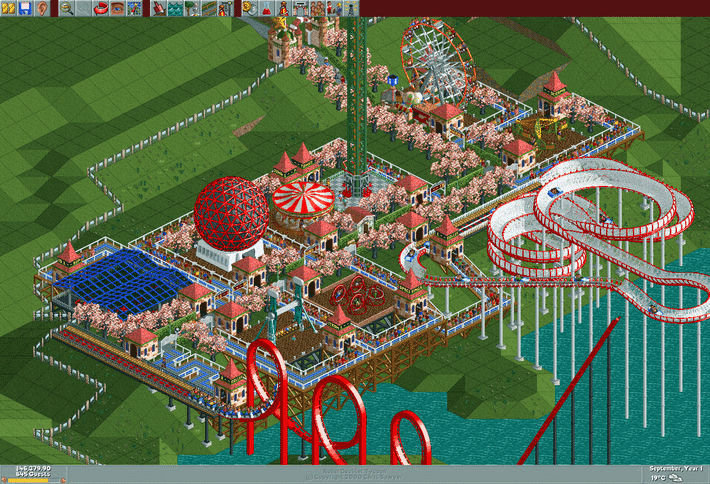 Who doesn’t want to run their very own adventure park, complete with physics-defying roller coaster rides and epic log slides? To complete the package, you even had people vomiting around your park if they got too sick and throwing garbage if they didn’t find any trashcan near them. Be it building castles or whole cities, assembling an army or establishing a trade, Age of Empires had it all. There was nothing so satisfying as the feeling you got after completely fortifying your city, complete with defense towers and archers.

Focused on historical events and wars spanning the Stone and the Iron Age, Age of Empires is one of the most successful strategy games to be made. 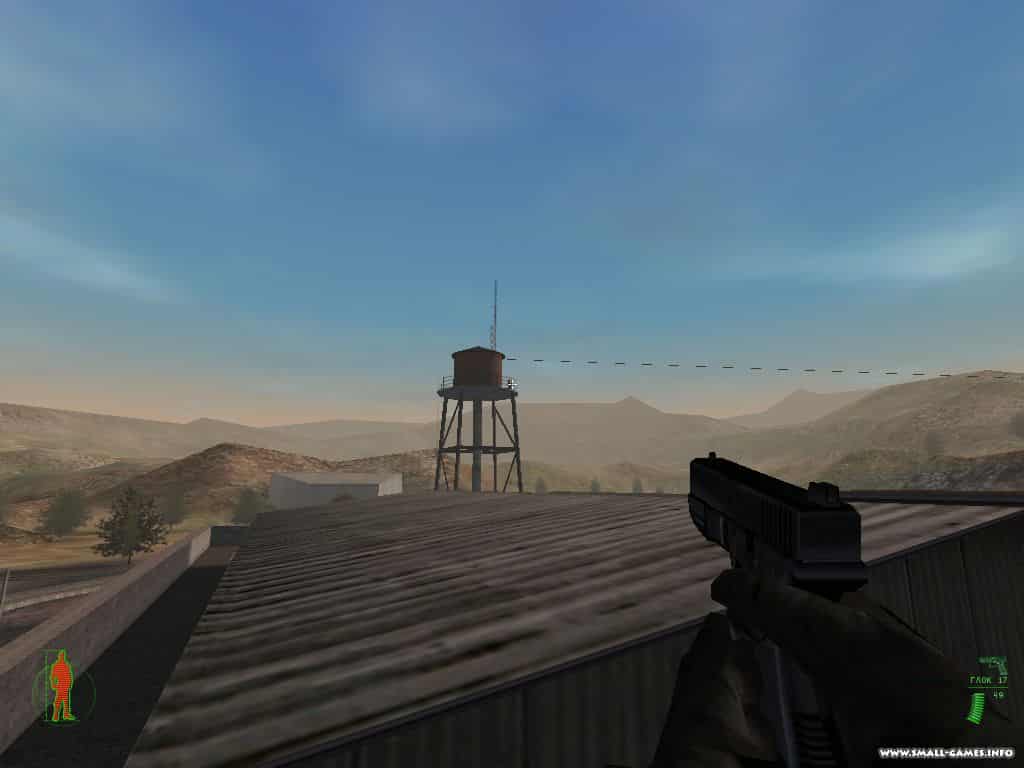 Probably one of the most iconic campaign-based First-Person Shooter, I.G.I was really special. It wasn’t really that good and a number of flaws, but it had a really fun and challenging campaign that stood out at the time. The original Project I.G.I was released in 2000, followed by I.G.I. -2: Covert Strike in 2003. 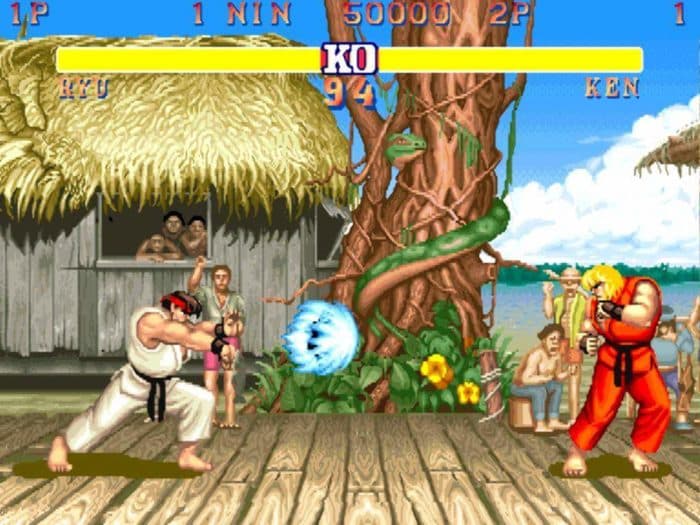 One of the most popular games at the arcade, Street Fighter II has a lot of fans around the world. It is also credited with establishing the whole one-to-one fighting genre, made further popular by Mortal Kombat in the later years. Street Fighter made its way to Windows too, freeing fans from having to rely on arcade for their fighting needs. 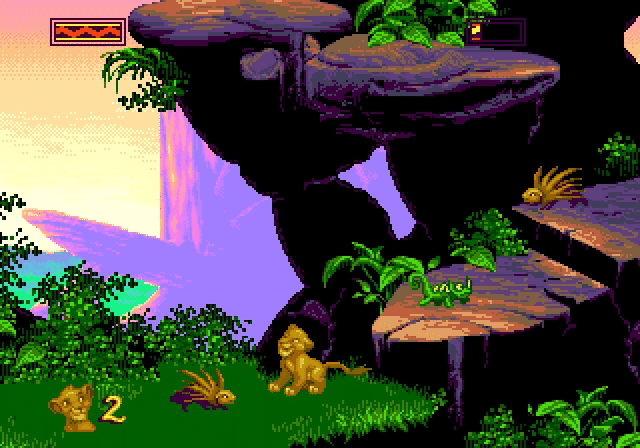 A 2D side-scrolling game, Lion King was an adaption of the famous Disney animated film. It let you play as the young Simba (and later on the adult version as well). 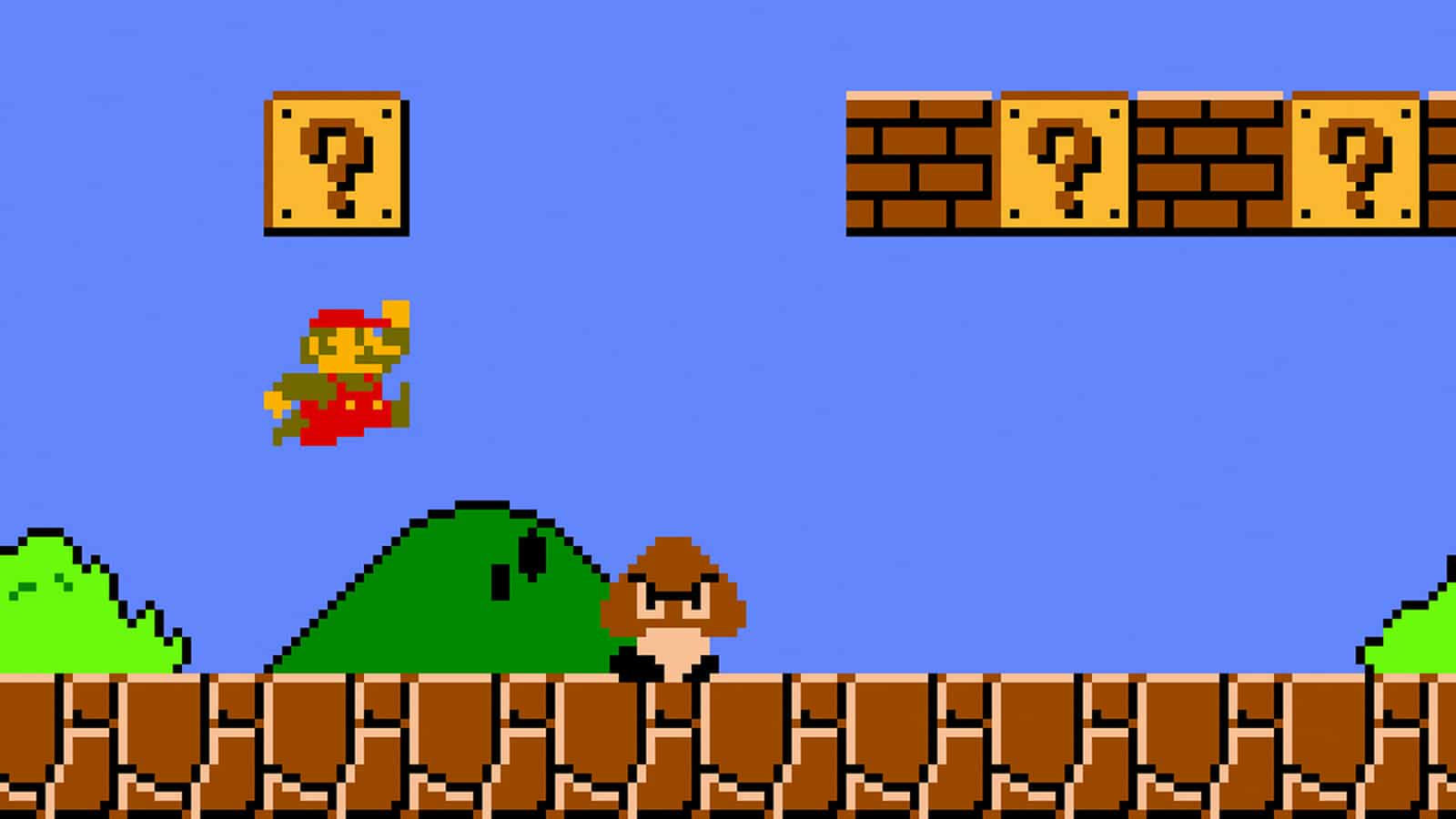 How can there be a video gaming article about the best nostalgic games without any talk of Mario? The enigmatic little red-capped guy, jumping on mushrooms and vanishing in green warp pipes, is basically the face of video gaming. 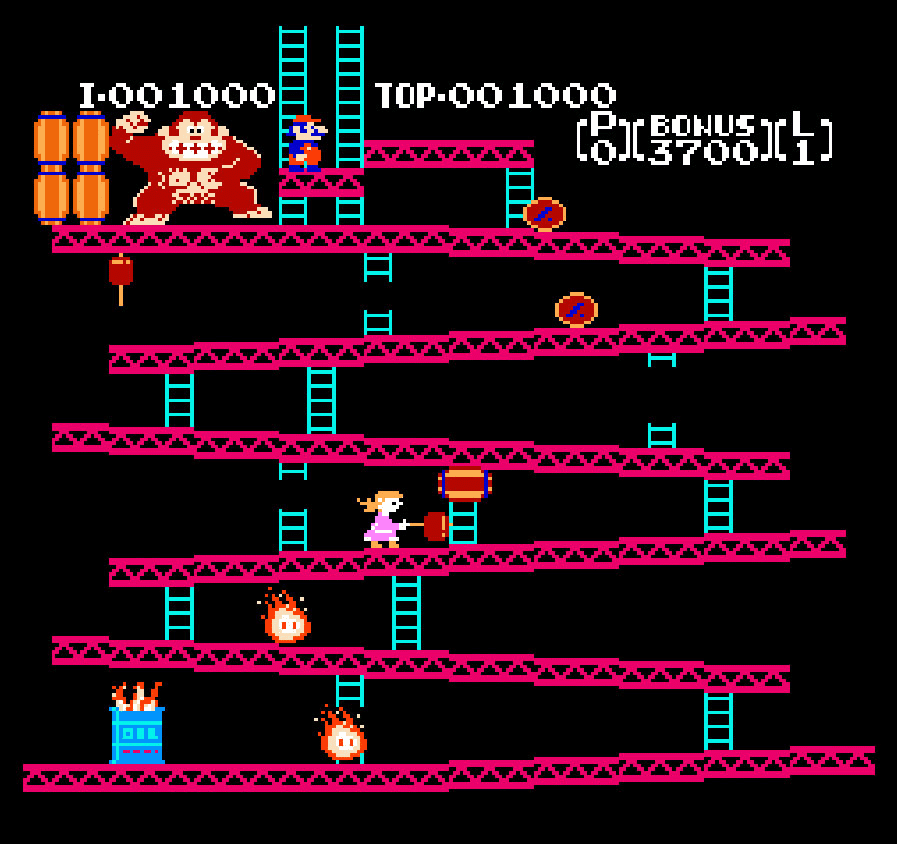 Another popular arcade game, Donkey Kong was the first-time appearance of two famous video-gaming characters; One, Donkey Kong himself, and the other, Mario! Yes before he appeared in his very own video game, Mario made his first appearance in Donkey Kong in 1981. 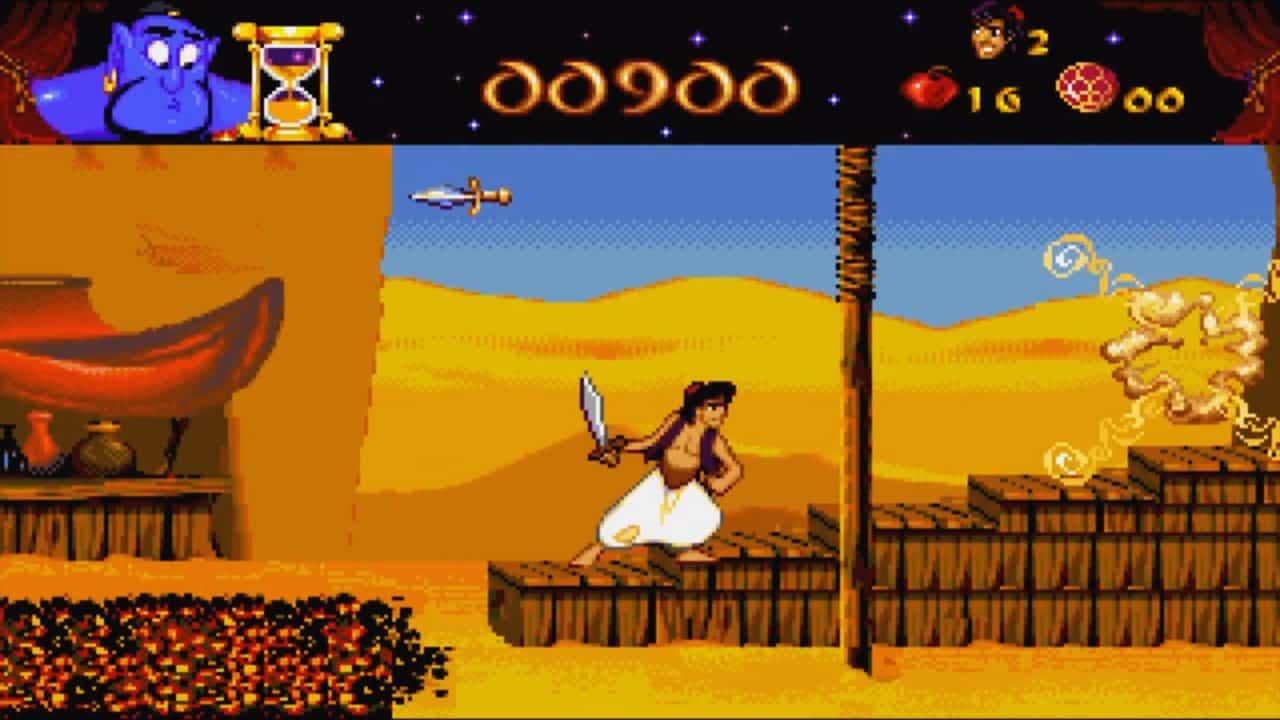 Just like the Lion King, Aladdin was another popular 2D side-scroller and an adaption of a Disney film. It let you play as Aladdin, beating Jaffar’s goons on the way to saving Princess Jasmine. 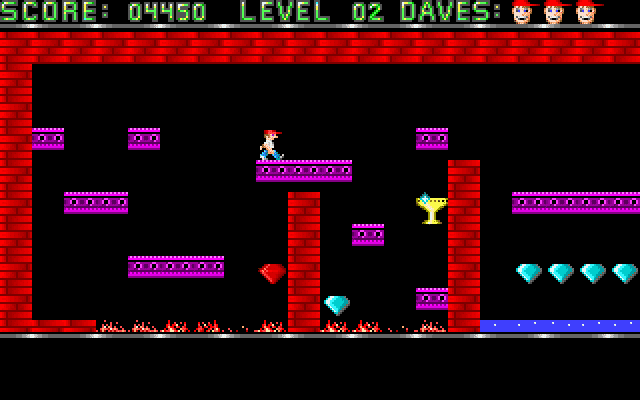 Dangerous Dave is another popular game on our list that was made for the Apple II (and MS DOS too). Originally, it was made just as an example by John Romero, a popular video game developer and programmer, to accompany an article he wrote. However, the pixelated white figure of the shotgun-equipped Dave is now a nostalgic relic that all of us who were alive during the 90s know only too well. 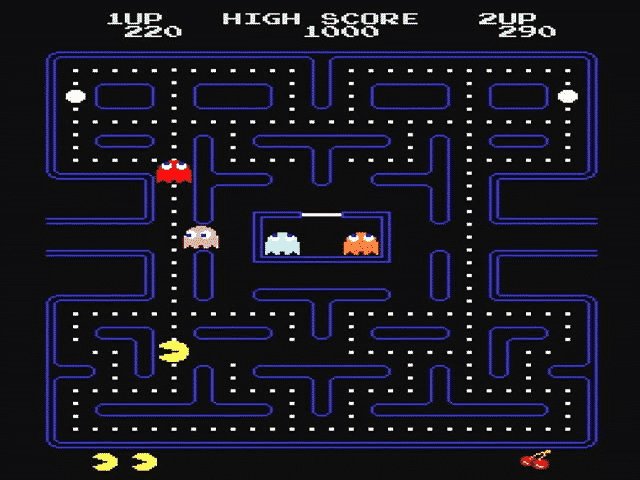 Still popular to this day, Pacman is one of the most popular arcade games of all time. It also has numerous ports and was brought to Windows to during the early 2000s, The person behind this game Masaya Nakamura, a legend in the video gaming industry and also known as the father of Pacman, passed away earlier this year. 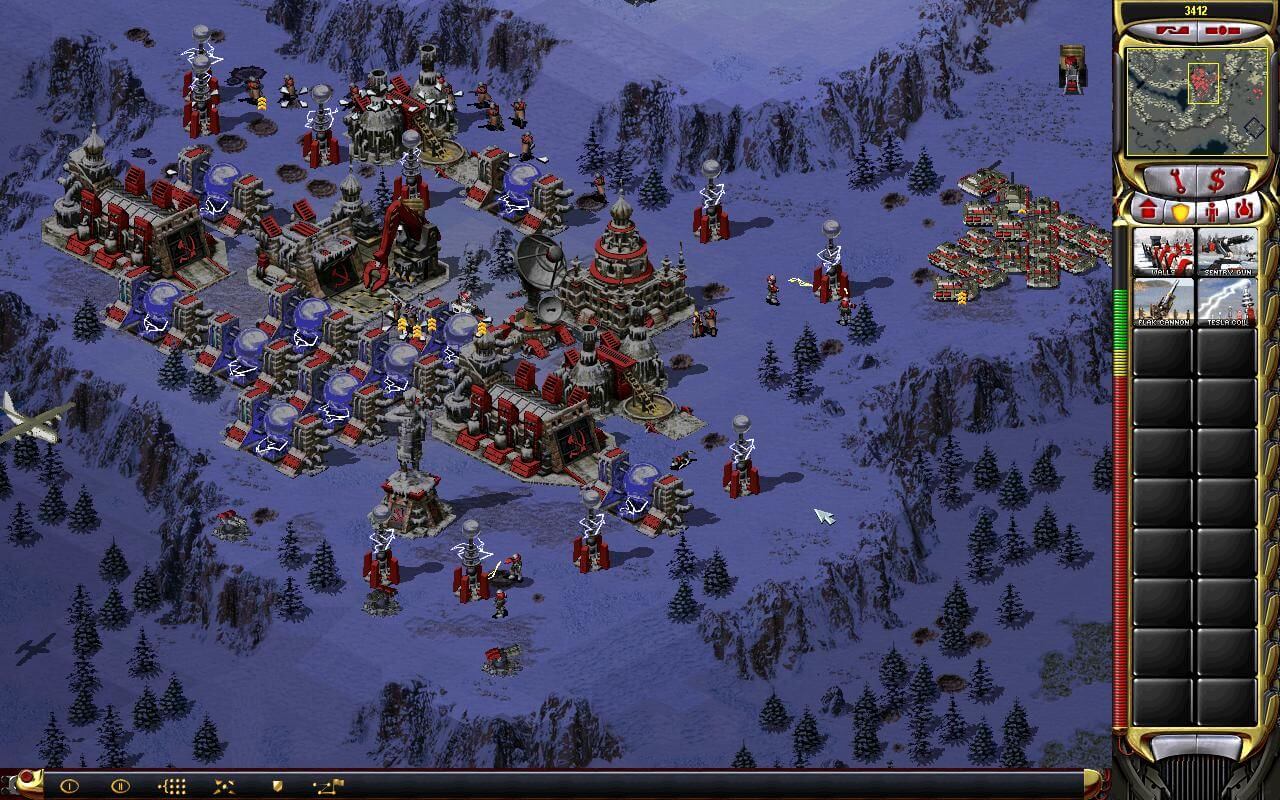 Another popular real-time strategy game, Command & Conquer: Red Alert is basically what Age of Empires would be if it was based in the future, not in the past. It is the second game in the series and is a prequel to the original Command & Conquer released in 1995.

Countless hours of an innumerable number of kids have been spent, building tanks and planes, assembling forces and destroying each others’ bases in the lands of Red Alert. 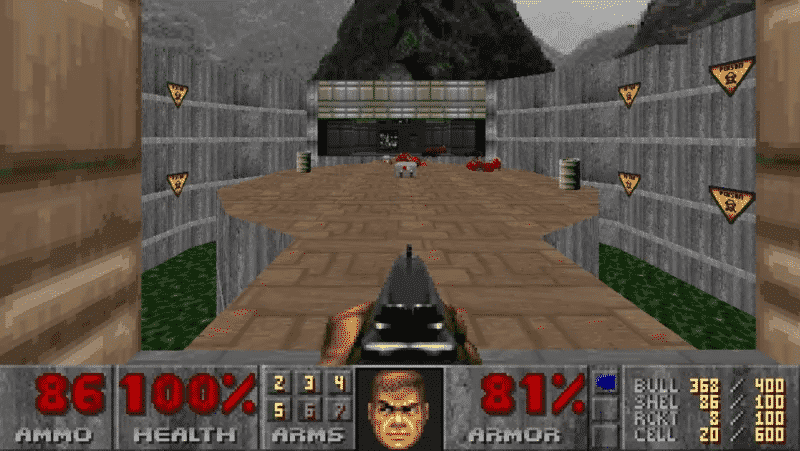 Considered as one of the pioneers of the first-person shooter genre, Doom is all about shooting down ugly demons in space. The first title in the series was released in 1993 but such is the game’s popularity that the latest version of this game was released in 2016, 23 years after the original. 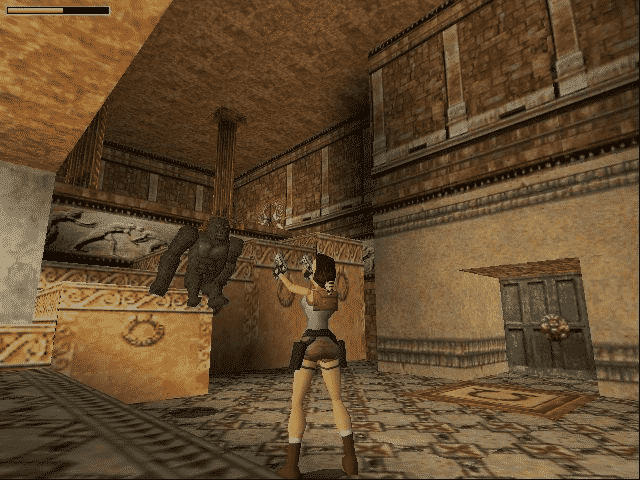 With over 58 million copies sold, Tomb Raider is one of the most popular video gaming franchises of all time. However, it was the first game in the series that really kickstarted this franchise, thanks to its state-of-the-art graphics, an atmospheric soundtrack, and a cinematic approach to gameplay — all too good to be true in 1996. 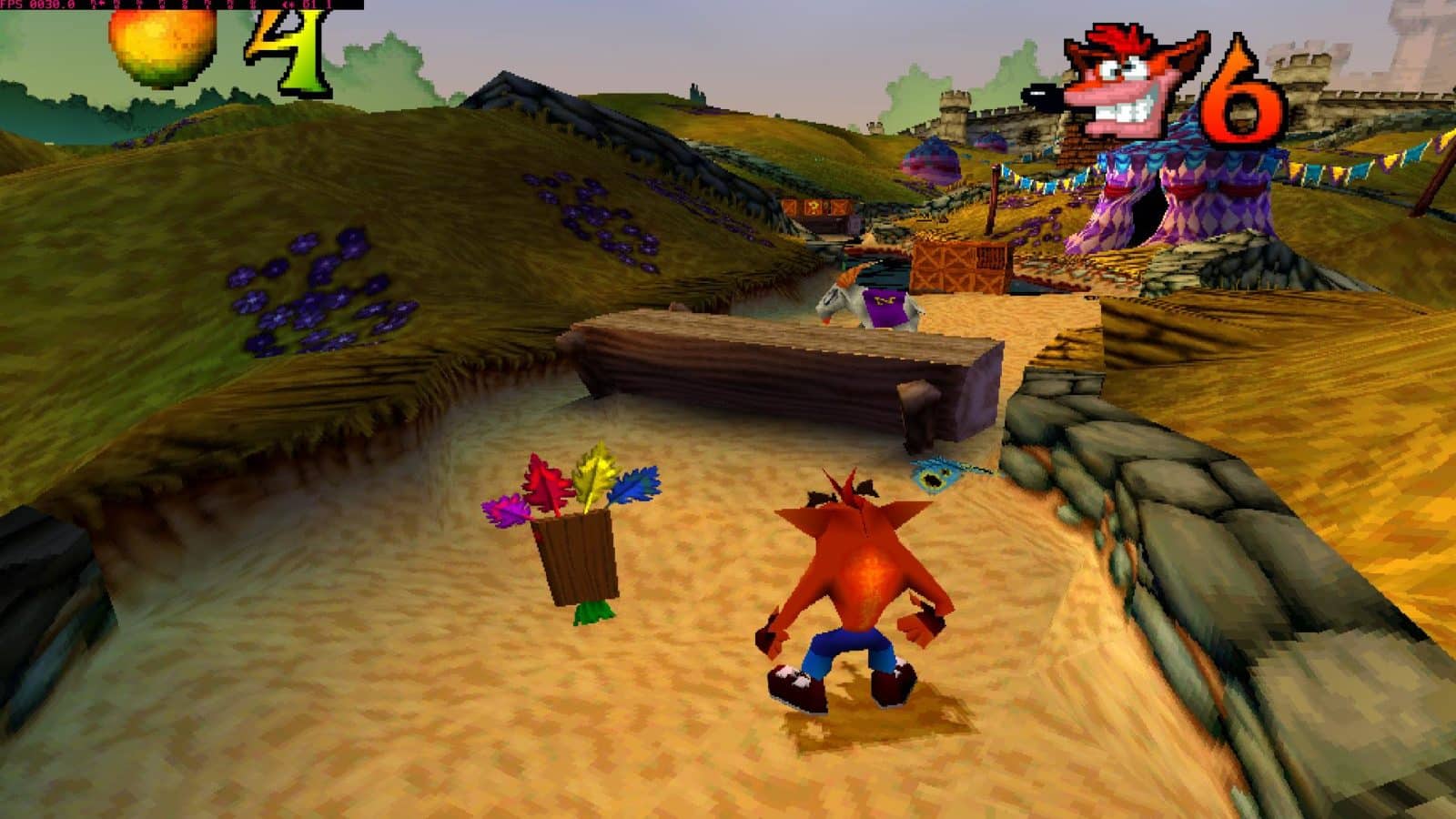 Crash Bandicoot may not be as popular now as it once was, but the memory of that laughing brown face is still fresh as ever, as is all the multiplayer fun that can be had when playing Crash Nitrokart, or any Crash game for that matter.

Do you any other game you used to play back in the day that we haven’t added on our list? Be sure to mention it in the comments section below.