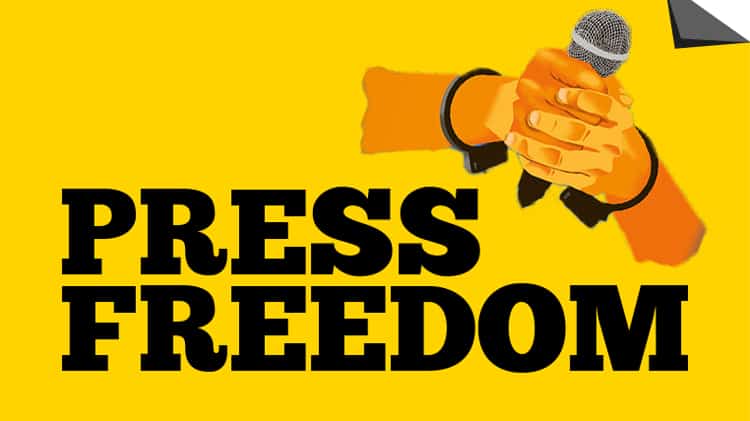 The report ranked Pakistan 139th out of 180 countries, which is an improvement from last year when the country was ranked at 147th.

Last year, Pakistan managed to score 48.52 points out of 100 on the global score for press freedom. However the score has improved by 4.97 this year and the total has reached 43.55.

There are fatal attacks on journalists every year, though the number has dropped for the past four years.

It added that journalists are prone to unsympathetic behavior, and that government officials, political parties, and party activists are often found harassing, threatening and physically abusing them in certain scenarios.

Although the progress is slow but steady, this year marks as the third successive year where the country’s Press Freedom ranking has improved gradually. However, a lot more still needs to be done to improve Pakistan’s media freedom ranking significantly.

How Do Other Countries Rank?

Norway came on top of the index with the world’s most independent media. On the other end of the spectrum, North Korea took over the last spot from Eritrea – who have remained at the last position for a decade. 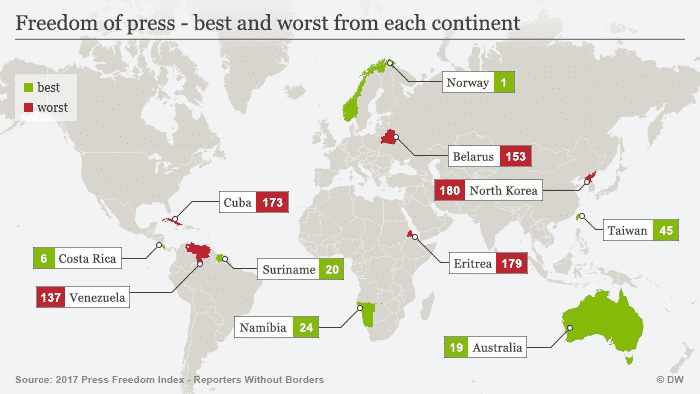 China, Syria and Turkey have proven to be tough destinations for journalists and the report labels these countries as the deadliest. These three countries included, complete the bottom five rankings of the index.

According to the report:

New Zealand fell eight places, Canada fell four, while Great Britain, the US and Finland all fell two places. The biggest drop was in Nicaragua, which slipped 17 places.

The Middle East and North Africa remains as the most deadliest region for journalists. Philippines fare well as it rose 11 places. However, Russia, Egypt, Vietnam, China, Syria, Turkmenistan and North Korea all fared poorly in the report.