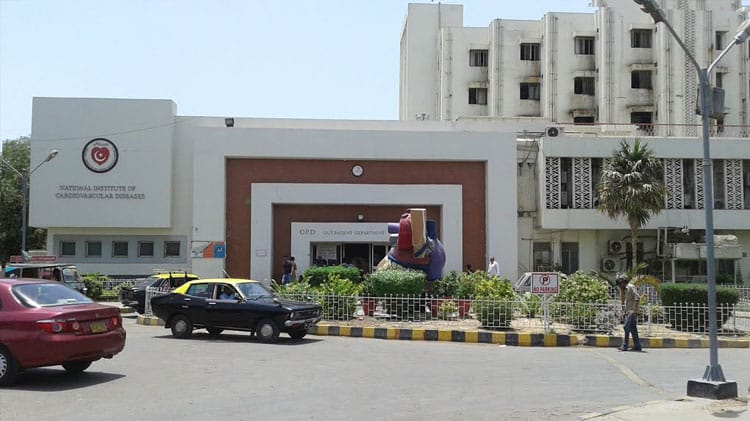 A Pakistani hospital based in Karachi, National Institute of Cardiovascular Diseases (NICVD) has announced free implants of life-saving devices for patients who suffer from weak heart muscles and need ‘artificial stabilizers’ to live a healthy life.

An implantable ICD is a small device that’s placed in the chest or abdomen. Doctors use the device to help treat irregular heartbeats called arrhythmias. These devices are available in the market and range from Rs 0.7 million to Rs 1.75 million depending on various models and functions

“We are not charging even a single penny from patients at NICVD”, Executive Director NICVD Professor Dr. Syed Nadeem Qamar said.

NICVD Executive Director claimed that this year, they would implant at least 500 ICD devices in needy patients.

He claimed that at least 10 to 15 percent patients brought to NICVD have a condition called Cardiomyopathy, in which heart muscles of a person are very weak and they need an implant or device called ICD to live a normal or healthy life. In the past, due to high cost of these devices, many such patients used to be sent back with simple medicines.

“In the past, we were not in the habit of offering this treatment to poor people because we knew that they would not be able to afford it. Now by the grace of Almighty Allah, we are able to implant 500 of these devices to poor and deserving patients without charging even a single penny from them”, he added.

The implantation of ICD free of cost devices is being financed jointly by the NICVD and Sindh government.

Qamar hopes that in the days to come, more facilities and treatment options would be offered free of cost to the patients who cannot not afford expensive procedures and devices.

Not only the ICD devices, their implantation but even their follow ups will be done free of cost and change of batteries and other fine tuning of these devices will also be done at NICVD for free.