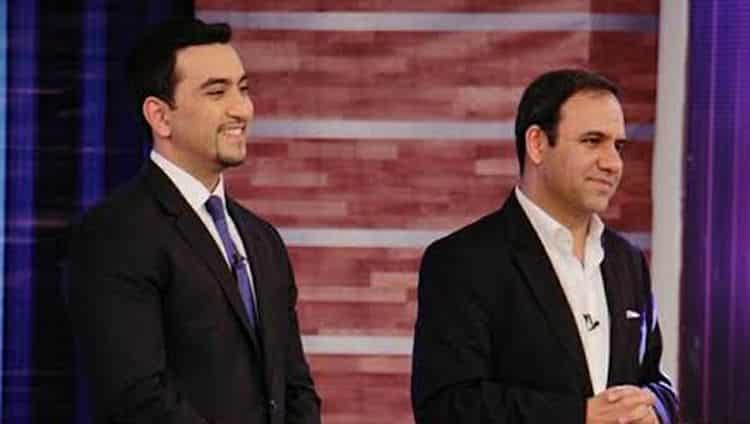 Nabeel Qadeer, anchor and content producer of the show, started off the episode by sharing some concerning issues faced by Pakistan such as how one-third of the schools in Pakistan have only one teacher, how a single doctor treats almost 1200 patients, and how almost 75% of women are above the age of 18 but they don’t contribute a single penny to the economy of Pakistan.

These might seem like insurmountable problems to most of us but therein lies the opportunities for Pakistani entrepreneurs. Now they know where innovation lacks and where they can step in the market to bring a revolutionary change and in turn positively contribute towards the economy.

Having said that, it was time to take the show forward.

Here are the investors who featured on Idea Croron Ka’s 9th episode.

Tapinsta is an app for advertisers to help them reduce costs and monetize their campaigns. They can also get information on who is viewing their ads and medium of use. Through Tapinsta, app developers can easily earn up to 6 digit figure amounts.

Currently Tapinsta has 5 companies on board, and 12 apps have been integrated with it. Their demand for investment was Rs. 1 crore against 10-15% equity.

The investors and Dr. Umar Saif asked questions regarding their revenue generation, customer base, sales, profit generation and much more. While Ali Ayaz, Tapinsta’s founder, was able to answer them, the investors were not convinced by his numbers. The investors believed the idea was good and had potential but he needs to work more on his numbers.

Another startup VampWelt also pitched its idea. VampWelt serves as an online platform for providing customized shoes according to the requirement of customers.

Ahmad Nawaz has been working on this startup for 2 and a half years now and has sold 496 shoes in total. He was looking for Rs. 1 crore against 10% equity to build a competent team. He went into every detail of what it takes to sell one pair of shoes.

Dr. Saif, after hearing out what Ahmad had to say, shared his thoughts on shoe exports. Humayun Mazhar thought that the startup is still in its early stages and more work is required. Same were the thoughts of other investors and so the deal did not materialize.

For the show’s next segment, Himmat Karo Pakistan, it was time to introduce a young prodigy. Raffay Ansari, an iOS developer and software architect, was the star of this segment.

Raffay suffers from Cerebral Ataxia, a physical disability that makes it hard for a person to retain their balance, making them reliant on a wheelchair. Despite of this, Raffay has used his mental acumen to design numerous games by himself.

When Nabeel asked him what motivates him to keep him going every day, he replied that when he sees disabled people like him, he says to himself that he does not want to be like them and wants to do something special.

He explained that he always loved gaming but his interest was not on being number one on the leaderboard, rather, it was to find out how these games worked; the coding, the animations etc. This lead him to Wikipedia and he learnt how to differentiate between languages. He started off with C, C++ and now has hands on experience in about 16 languages.

Dr. Umar Saif shared the challenges he faced in his journey to success. He stated that the young people in Pakistan do not know what they are capable of because they haven’t seen any true role models.

The PITB head believes that Idea Croron Ka will be a platform through which they can instill the faith in action in youngsters.

About his decision to work for govt, Dr. Saif recounted his intention to teach at LUMS after his arrival to Pakistan. Upon hearing this, Dr. Saif’s friend convinced him to think bigger. When he got the first opportunity to work for the Pakistani government, he took it. He believed that it could help him make a difference for many people.

With this, the show ended its 9th episode.