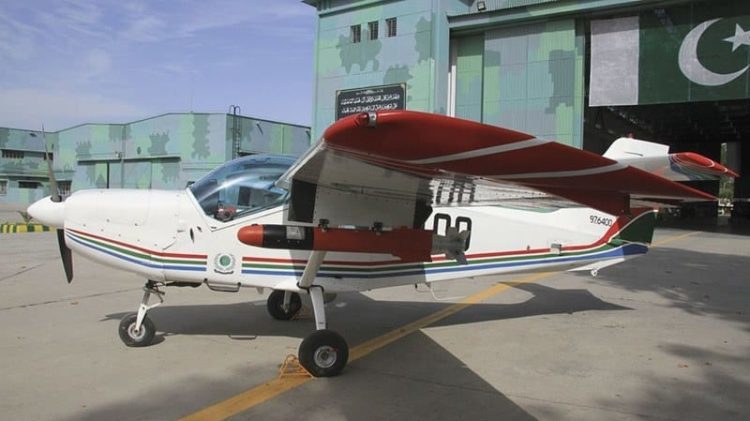 Pakistan Aeronautical Complex (PAC) announced that the Super Mushshak training aircraft will be upgraded, given its new role for counter insurgency training operations in the near future.

PAC is adding a plethora of new features to the Super Mushshak planes. They have received intelligence, surveillance, and reconnaissance (ISR) upgrades in the form of electro-optic/infrared (EO/IR) sensor turrets.

One of the Super Mushshak had a L3 Wescam MX-10 surveillance device installed. After aerodynamic and structural analysis, a Chinese 25 kg FT-10 precision-guided bomb was mounted under each wing of the plane as well.

Fully integrating these systems into all of the aircrafts would take three to four months which includes design and manufacture of the pylons, quality checks, flight test, and a test drop.

We have had several customers enquiring about integrating an ISR system; so we are looking at options. While sitting in the cockpit’s right seat, the turret operator would control the camera and watch the video feed on the glass screen. At the same time the imagery could be downlinked to the battle commander on the ground. It’s a very simple system.

The aircrafts have been integrated with a new glass cockpit and have been sold to Nigeria (10 planes), Qatar (8) and Turkey (52) since last year.

An autopilot is also being considered for the Super Mushshak. The PAC Chairman added,

PAC is in the process of incorporating servos for the autopilot, too.

The new system will help the pilot in controlling the plane following aerodynamic instability after one or both of the bombs are dropped.