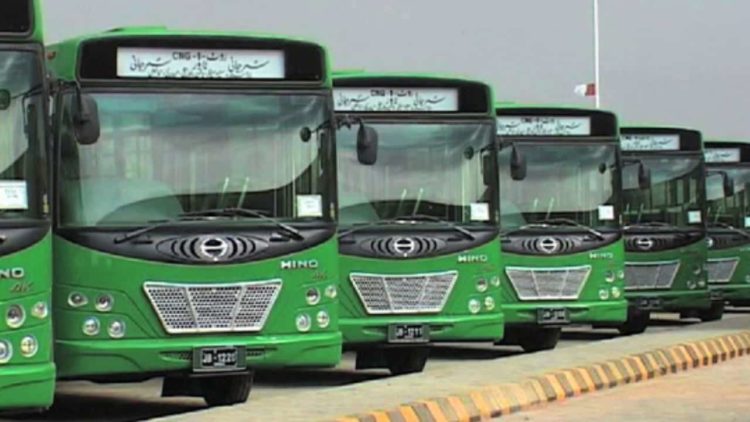 The federal government is going to fund roughly Rs. 25 billion for multiple projects in Karachi. The funding has been approved for the upcoming budget for the fiscal year 2017-2018.

These projects include Karachi’s bus transit system and bulk water supply. The road projects, however, will receive less than required funding from the central government.

Known as the Green Line Bus Rapid Transit System, the government accepted a revised version of the project in April this year for Rs. 24.6 billion.

The project will get Rs. 13 billion from the federal govt. This is Rs. 1.4 billion higher than what was previously approved in April. The funding is expected to cover the remaining cost of the project.

The Green Line Bus project was approved 3 years ago and Rs. 13 billion has already been spent on it. The bus route starts from Surjani Town area and ends at Central District business area in Saddar.

Also known as the K-IV project, it will receive Rs. 9.6 billion funding from the central government for the next financial year.

K-IV project cost Rs. 25.5 billion, with the provincial government covering half the cost (Rs. 12.7 billion) and the federal govt paying for the remainder (Rs. 12.8 billion). The federal govt. has already paid Rs. 3.8 billion for the K-IV project.

Another smaller project, Greater Karachi Sewerage Plant S-III will get Rs. 1.5 billion in the upcoming budget out of the Rs. 2.4 billion earmarked by the central govt.. Total cost of the project is Rs. 8 billion with the provincial government covering half of it.

One of the many road projects initiated by the current ruling party, the Lyari Expressway is to receive another Rs. 500 million in this year’s budget out of a total of Rs. 1.72 billion. The total cost of this project is Rs. 11.5 billion and Rs. 9.8 billion has been spent on it.

Lyari Resettlement Plan received only Rs. 100 million out of a total of Rs. 594 million from the federal government. This project has been on the sidelines since 2008 and the government has promised Rs. 4.6 billion for it.