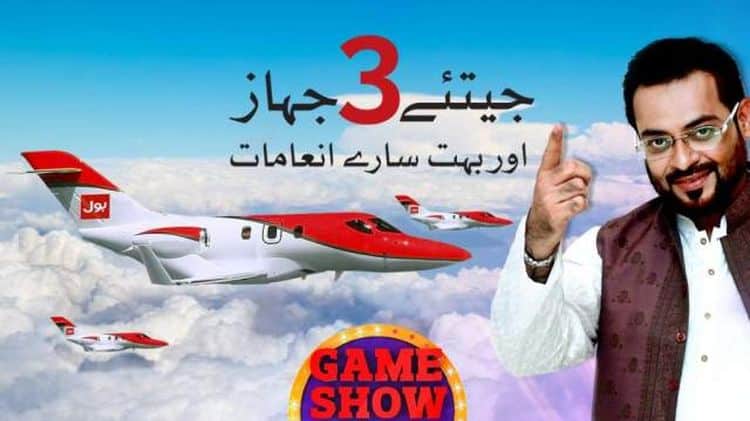 BOL TV has launched a special Ramadan game show, “Aese Chalay Ga”, where viewers and participants get a chance to win premium prizes. During its first show on 28th May, a man named Jawad Khan won a Mercedes Benz car.

Speaking of the other outlandishly expensive prizes on offer, promos for ‘Aesa Chalay Ga’ show that BOL  will be offering a private jet for three viewers, while daily prizes include lavish items like a Mercedes Benz and other cars.

Aamir Liaquat, the show’s host, announced Jawad Khan as the mega prize winner during the first show. The winner was contacted live during the show and was asked about his feelings after he learned of his new Mercedes Benz car.

However, immediately after the news, media reports have claimed that the prize was pre-planned. According to one allegation by a person named Syed Talha Ahmed Hashmi, the winner of the prize -Jawad Khan – is actually the brother of a BOL employee, Daniyal Khan.

According to reports, Jawad Khan has personal relations with BOL employees and it’s possible that he might be an employee as well.

However, there’s no strong evidence to support media outlets’ claims and it’s entirely possible that these are just rumors. Whatever the case, the truth is bound to become public knowledge within the next few days. Is it legitimate or is it just a big publicity stunt by a channel that was recently under fire over airing hate speech? You be the judge.