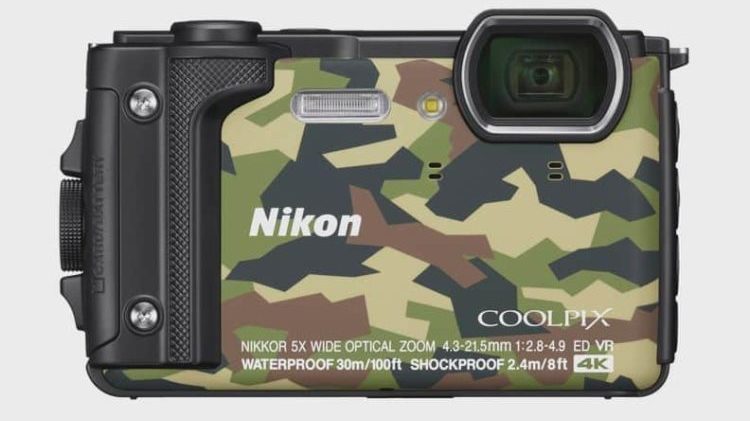 Nikon has announced a new rugged point and shoot camera to allow people to fulfill their underwater shooting dreams.

The new Coolpix W300 is a strongly-built camera which brings video recording prowess for trips under water.

At the front is a 16-megapixel NIKKOR lens with a 1/2.3-inch CMOS backlight-illuminated sensor (BSI) with 5X (24-120mm) optical zoom. You can both pause videos or take an 8 MP still from anywhere in the video.

On the design front, Nikon, which is no stranger​ to rugged cameras, has redesigned the grip to be comfier and easier to hold. It is also sharp looking with a bright orange finish.

At the back is a 3-inch LCD with physical controls and buttons for better operations in turbulent conditions. Connectivity options include GPS, Wi-Fi and NFC. The camera supports Nikon’s critically acclaimed Snapbridge app for continuous transfers of shot content with a phone. Both iOS and Android phones are supported.

On the pricing front, the Coolpix W300 costs $395, which may sound a lot for a point-and-shoot camera, though, similar options are difficult to find, at least in the rugged segment.

The 4K shooting option in particular gives you room to add quality to your adventures. While it will directly compete with the Olympus TG-5 which is more expensive, perhaps the larger rivalry will be formed by smartphones, which are not only getting environmental resistance more rapidly, but have also become much better shooters over the years.