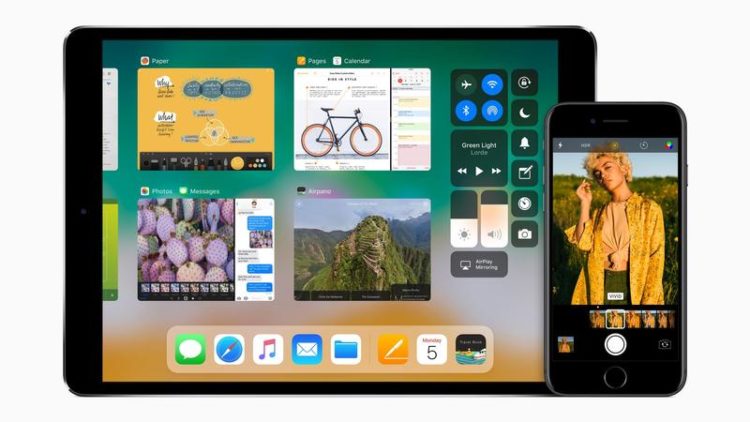 Apple finally took the covers off of the 11th anniversary edition of iOS for its devices. The software helps turn iPad into the productivity powerhouse that it should be, and allows the company to usher in a new era with its 64-bit devices.

The following are the biggest features from Tuesday’s reveal:

Apple is making a major move into the AR arena with iOS 11. It will release a new developer ARKit, which allows developers to create AR environments using the iPhone’s camera. The camera can automatically detect objects around you and allows you to customize and interact with those objects. There’s a sense of depth and scale to all of them.

iPad Pro Going in on Productivity

The iPad Pro has been touted as Apple’s answer to cheap laptops and Chromebooks. As a result, we are seeing newer and feature-rich methods of interaction with the portable.

There’s a redesigned, floating app launcher, which can be customized. Apps can be dragged and dropped side-by-side similar to the multitasking feature on Android Nougat or Samsung Galaxy Note series. Info can be shared between the two app windows including links and photos.

A new gesture allows you to open the revamped app drawer, which displays your most-used apps. The Control Center will now appear on the right. Finally, iOS is also getting a file management system, which also works for your online documents, similar to Google Drive or One Drive.

Siri has been modified to sound more natural, with more voices and accents. It can, for instance, say the word “sunny” in three different ways, thanks to deep learning. Siri can now use machine learning to suggest things for you such as a reminder for an app.

Also, you can now translate using Siri in five different languages and type your queries directly. Machine learning from Siri is shared between all your devices so it’s essentially one Siri across all your devices.

The self-portrait mode will now perform better in low-light, with options to take pictures with HDR, OIS or True Tone. Live Photos and Long Exposure are also getting overhauled with new features. The camera app can now read QR codes

Automatic Do Not Disturb Mode

The iPhone can automatically detect when you’re driving and enters a “Do Not Disturb” mode on its own. The screen will not light up when you receive notifications to avoid distracting you while you’re driving. Users will also have the option to send an auto reply to favorite contacts.

The App Store is being redesigned to make the apps and games easily discoverable. The store will be able to highlight in-app purchases better, while a new tab will showcase behind the scenes stories from top developers.

The Control Center has been revamped to show all your info on the screen at the same time. You can use 3D Touch to display further settings as well.

To save space, you can delete apps which you no longer use, without deleting the app data so you can also re-download them if you need to.

In the Control Center, there’s a new option to record your screen. The keyboard is getting a one-handed mode. Maps are getting an indoor mode, as well as things like the street limit and lane guidance. iOS is finally getting Wi-Fi sharing and NFC is now open for every device.

Apple Pay supports payments to your friends, and is now integrated with iMessages. Apple is also adding support for FLAC audio format, vastly superior to the age old MP3.

iOS 11 drops support for all Apple devices which ran on the 32-bit platform. The new software will be able to run on iPhones 5S and later, iPad Air/Mini 4/Pro and later, and the sixth-gen iPod Touch. iOS 11 hits all these platforms some time during this fall.