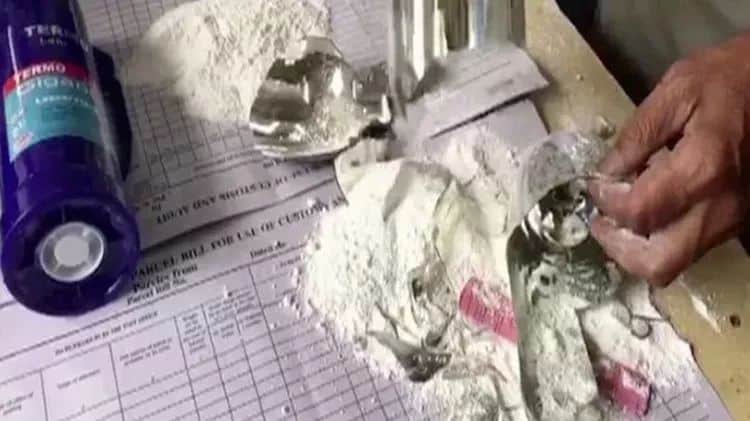 The Airport Security Force (ASF) claims to have arrested a couple attempting to smuggle heroin to Saudi Arabia.

According to ASF officials present at the Lahore International Airport, a couple of passengers were found in possession of illegal contraband. Muhammad Anwar and his spouse were about to board a flight to Jeddah for Umrah when they were intercepted by the airport security. During the search, the officers found six kilograms of heroin in the couple’s luggage.

An official told the media:

“The drugs were recovered during a search prior to Muhammad Anwar and his wife boarded a foreign airline to travel to Jeddah to perform Umrah.”

The suspected smugglers have been taken into custody and will be handed over to the Anti-Narcotics Force (ANF), said the officials. A First Investigation Report (FIR) will be filed against the duo under the anti-narcotics laws.

Following the FIR, both suspects will be presented before a judicial magistrate for a physical remand to further investigate the matter.

A few weeks ago, the ANF recovered 20 kgs of heroin from a PIA flight at the Benazir Bhutto International airport.  The flight was headed to London, UK. ANF had recovered the drugs before the flight it took off towards its destination.

Of late, several heroin smuggling scandals have made the news. PIA staff was also investigated in the UK after British law enforcement agencies found heroin on board a flight.