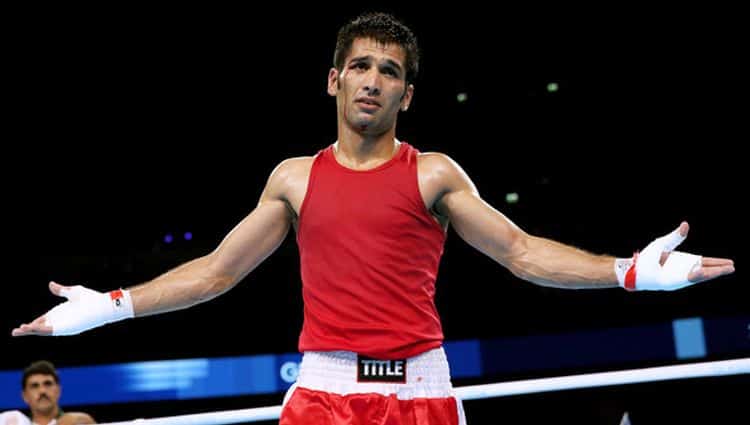 Muhammad Waseem, a professional boxer from Pakistan and a two-time silver flyweight world champion, has become the top ranked boxer in flyweight category according to the rankings revealed by the World Boxing Council (WBC).

“It is really a great honor for me to achieve the top rank. It will motivate me even more and instill power and energy in me to help my passion for boxing.”

Waseem, who is from Quetta, is still rather new to the international boxing circle. He came into the limelight after he became the first Pakistani to secure the world silver belt by beating Jether Olivia of Philippines in Seoul last July. What’s amazing about his feat is that it was only the fourth fight of his entire career.

In November, he successfully defended his crown after a tough 12-round bout with the aggressive Giemel Magramo in South Korea.

Prior to his international fights, Waseem had been fighting as an amateur boxer for almost a decade. He turned pro in 2015 when he signed a contract with the Korea-based AK Promotions headed by Andy Kim.

He managed to do all this with little to no supervision and not much in terms of training facilities. Of late, he’s been away from the boxing arena for the past six months due to sponsorship issues. It has been announced that the young boxer has started training for his next fight.

It is still not known whether Waseem will have to play a world title eliminator or if he can simply challenge any one for the world gold crown – a dream that Waseem wants to fulfill as soon as possible.

His manager, Andy Kim, said that he was waiting for WBC’s instructions about his future fight. “It was going to be world title eliminator but now there are some changes and there is also a chance that Waseem could challenge for the world title,” he added.

When asked if the Pakistani boxer got a chance to challenge anyone, who would he go for, Kim responded on behalf of Waseem that Daiga Higa of Japan may be their next target. Higa is the current flyweight champion of the world.

Waseem’s next fight is expected somewhere around September or October. He has already begun training in Quetta and plans to move to Panama later this month in order to play a couple of tune-up fights against the local boxers there on July 5th and July 29th.

His manager told that Jeff Mayweather will continue to coach Waseem during his stay in Panama. Waseem’s support staff is hopeful of his chances, claiming that with the right training he can beat anybody.